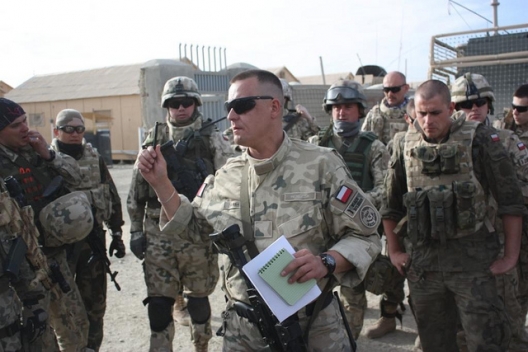 Afghanistan is a challenge that NATO has struggled with for over twelve years. Poland was one of the member countries that sent its army there. It was the biggest test for the Polish Army since the end of World War II. . . .

The mission in Afghanistan permanently changed the Polish army. It caused the introduction of the latest equipment, allowed to gain a unique experience, changed the way training and training ground exercises are conducted. Based on the conclusions, the method of training officers and noncommissioned officers changed. The care system for veterans was improved. But above all it was confirmed that the Polish army is capable to perform any task, even the most difficult one, under conditions of a real battlefield.