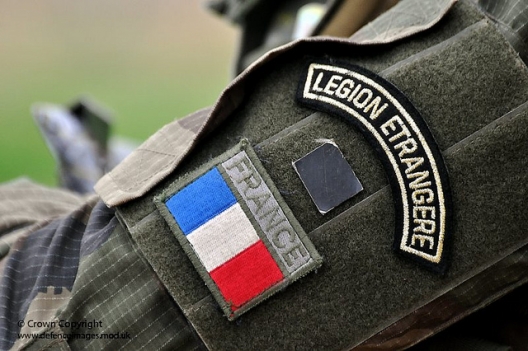 With French troops on the ground in Mali and now the Central African Republic, French President Francois Hollande’s enthusiastic support for the aborted U.S. strikes in Syria and French diplomats’ tough line on negotiations with Iran , the same Washington politicians who once made a show of re-naming french fries “freedom fries” are now declaring “Vive la France!. . .”

“Thank God for France,” Republican Sen. Lindsey Graham of South Carolina declared on CNN last month after French Foreign Minister Laurent Fabius blocked an initial deal with the Iranians to temporarily freeze their nuclear program, which he – not to mention conservatives in Israel and Stateside – worried gave away too much to Tehran. . . .

It’s true that “we’re really seeing a much more robust and activist French foreign policy,” says Heather A. Conley, director of the Europe Program at the Washington, D.C. think tank Center for Strategic and International Studies. That approach has been consistent under both former President Nicolas Sarkozy, of the center-right UMP party, and now Socialist President Francois Hollande. But Conley says what’s made it much more stark is that it comes at a time when United States, the United Kingdom and other Western countries are pulling back from the world. “That’s why it seems so much bolder to us,” she says. . . .

France actually maintains an extensive network of military bases across the African continent, notes Jeff Lightfoot, deputy director of the Brent Scowcroft Center on International Security at the Atlantic Council, another D.C. think tank. That’s become more significant as the global fight against terror expands across North and Central Africa.

And the French have a history of intervening in former colonies to support their favored dictators through the 1960s, ’70s and ’80s, says Lightfoot.

Then there are European rivalries. “I think the French also are feeling very much secondary to Germany … in terms of European debate, in terms of shaping the agenda in the EU,” Lightfoot observes. “That is not true in defense and security policy,” he says, which “allows France to strut its stuff. . . .”

But while the French president has a lot of latitude, the French people are not necessarily more gung-ho for military adventurism than their counterparts across the English Channel or the Atlantic Ocean. Hollande “did get sort of a blip” upward in his favorability ratings in France after the Mali intervention – which was widely lauded for its effectiveness – says Conley. But now his polling is back to historic lows, buffeted by the kind of economic and employment crises wracking much of Europe.

The death of two French paratroopers in the Central African Republic Monday will further test French resolve there. And there are major question marks about whether France can maintain its proactive stance in both Africa and the Middle East, where defense officials are making a new push to expand their influence.