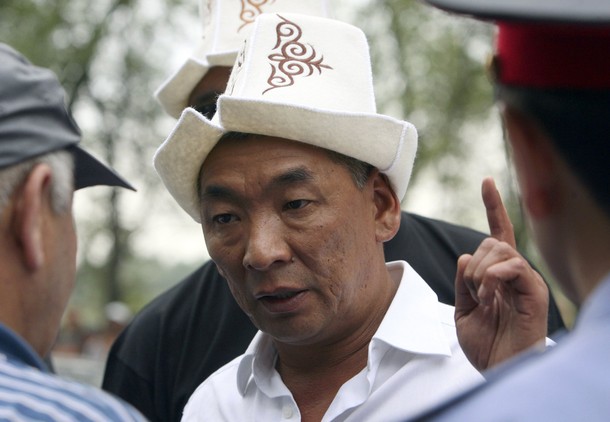 From RIA Novosti:  The Kyrgyz Prosecutor General has opened a criminal case on charges of mass unrest, an attempt to overthrow the ruling authorities and possession of weapons, Kyrgyz Security chief Keneshbek Dushebayev said.

He said the organizers of the opposition rally had close links to the supporters of ousted Kyrgyz President Kurmanbek Bakiyev.

"Funding [for the uprising] came through Bakiyev’s channels. We know who was involved and which routes the funds took," Dushebayev said.

Thousands of protesters gathered in Bishkek on Thursday in front of the parliament, which currently houses the interim government. More protests erupted in the Kyrgyz city of Kant, 20 km from the capital.

The police used tear gas and stun grenades against the protestors.

Police later detained Kyrgyz Opposition leader and businessman Urmat Baryktabasov, who is thought to have organized the protests.

The situation in the former Soviet Central Asian republic remains strained following several months of unrest and Kyrgyz media said on Thursday that a state of emergency had been introduced in Bishkek. The government denied the report.  (photo: Reuters)