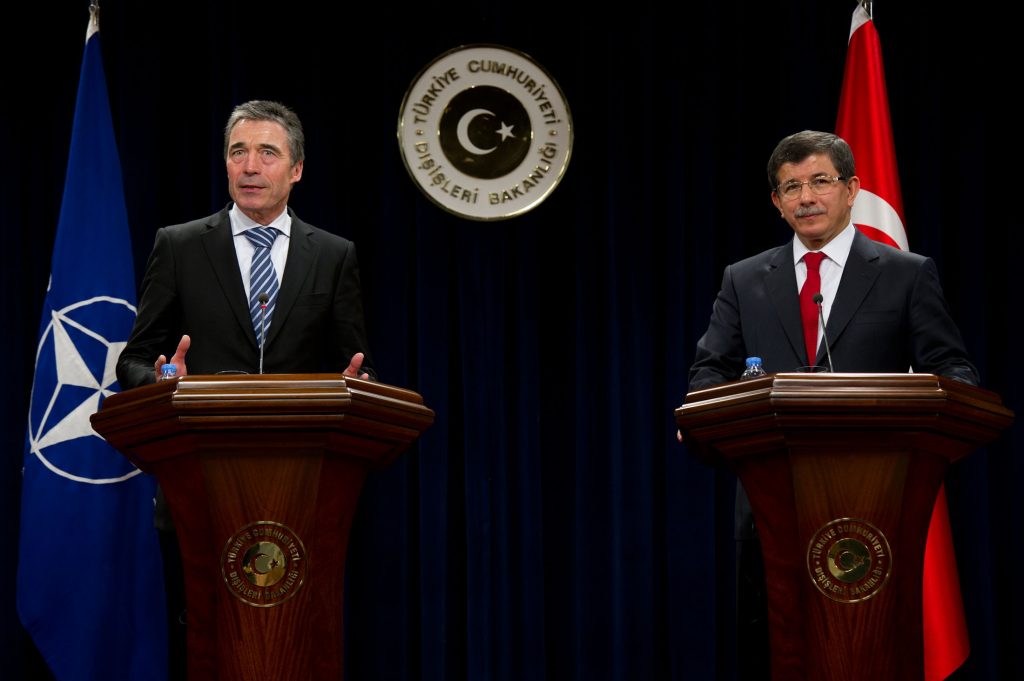 “How could Turkey, protected by NATO assets, ignore the alliance’s concerns and opt for an air defense system to be built by a non-friendly country?” asked a NATO defense attaché in Ankara.

Turkey announced on Sept. 26 that it awarded the initially $4 billion contract for the air defense architecture to China Precision Machinery Import-Export Corp. (CPMIEC), maker of the HQ-9 system. . . .

In February, the United States announced sanctions on CPMIEC for violations of the Iran, North Korea and Syria Nonproliferation Act. . . .

A London-based Turkey specialist said Turkey would most likely end up having a standalone system. “[NATO] member nations will refuse any cooperation with Turkey for the integration of the Chinese system into the alliance’s assets deployed in Turkey. This will leave the eventual Turkish architecture in a senseless standalone position,” he said.

About half of Turkey’s network-based air defense picture has been paid for by NATO. They are part of the NATO Air Defense Ground Environment. Without NATO’s consent, it will be impossible for Turkey to make the planned system operate with these assets. . . .

The Turkish move also is viewed as a political challenge to the country’s Western allies.

“This is clearly a nod to the SCO [Shanghai Security Cooperation],” a European and NATO ambassador here said. “And a powerful message to [Turkey’s] NATO allies… that Turkey may no longer be the staunch ally it used to be.”