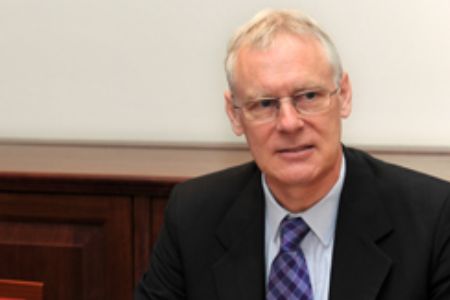 From NATO:  The NATO Secretary General, Anders Fogh Rasmussen, announced today his decision to appoint Ambassador Simon Gass as the new Senior Civilian Representative (SCR) in Afghanistan, replacing Ambassador Mark Sedwill, who has served as SCR in Kabul since February 2010.

Ambassador Gass, who is currently the British Ambassador to Iran, will take up his duties at the NATO Foreign Ministers’ meeting in April.

“Ambassador Gass is a highly qualified diplomat who will bring a regional perspective to this important post,” said the Secretary General. “He knows how important the civilian and political aspects of NATO’s engagement in Afghanistan are, especially as Afghans start taking the lead for their own security in the first half of this year. At the same time, I want to thank Ambassador Mark Sedwill for his sterling work in strengthening the political component of our engagement in Afghanistan."  (photo: PressTV Iran)