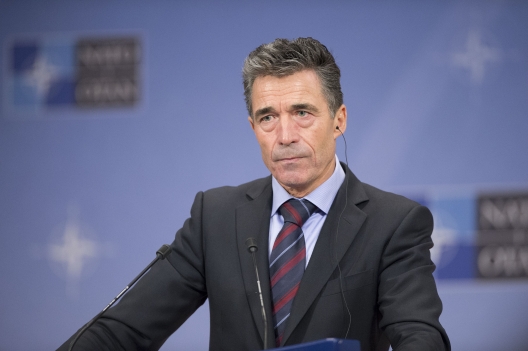 NATO Secretary General Anders Fogh Rasmussen criticized Russia on Wednesday for pressuring Kiev not to sign a free trade pact with the European Union, a move that triggered mass protests. . . .

“An association pact with Ukraine would have been a major boost to Euro-Atlantic security, I truly regret that it could not be done,” Rasmussen told le Figaro daily. “The reason is well-known: pressure that Russia exerts on Kiev. . . .”

“We have real differences and real issues,” he said. “It’s obvious that Russia’s attitude is clearly hostile to the (NATO) alliance opening to the east.”