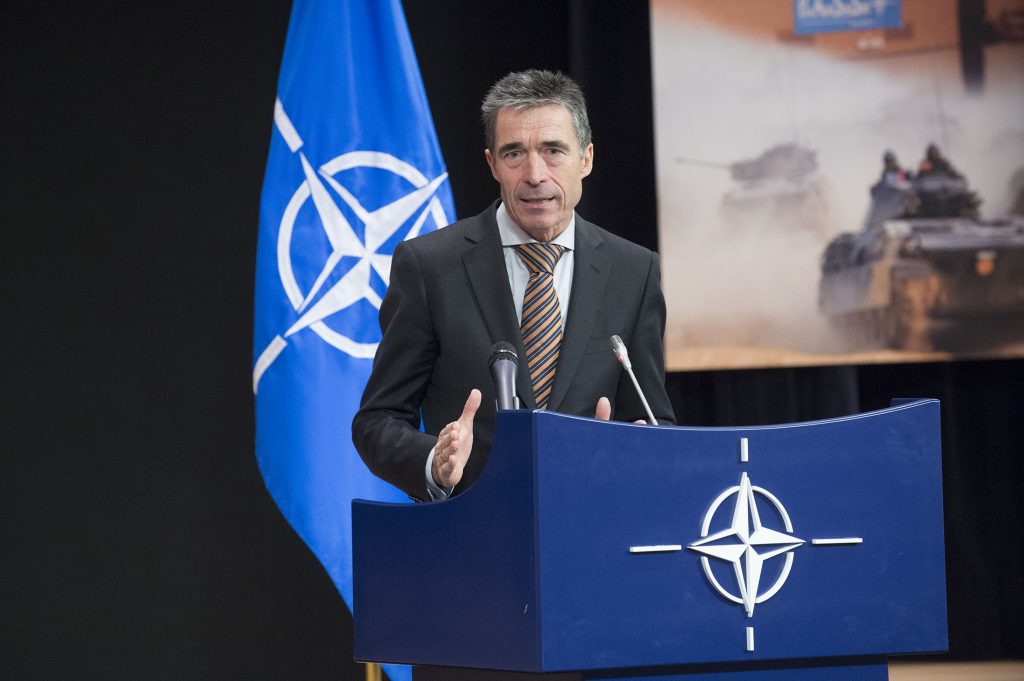 European countries should invest more in their defence capacities to be able to defend principles of democracy around the globe, NATO Secretary General Anders Fogh Rasmussen said in Vilnius.

In an interview to BNS, the head of the Alliance urged the international community to take action against the Syrian regime, which the West accuse of a chemical attack. . . .

BNS: NATO Allies do not seem to have a common position on military response. Isn’t there a lack of unity among member-states over the response to what happened in Syria?

BNS: In your opinion, would it be appropriate for NATO Allies to take a military strike without UN Security Council approval? Many say it would breach the international law.

BNS: You have repeatedly highlighted the lack of EU defence capabilities. Do you think it will reduce the EU role on the international stage?

If this trend continues, Europe will not be able to participate in international crisis management in the future. And that vacuum will be filled by emerging powers because they invest more and more in defence. So if we are to protect the values and principles upon which we have built our societies – freedom, democracy, rule of law, respect for human rights – then we also have to invest sufficiently in security. That’s why I urge in particular European Allies to invest more in modernizing our military capabilities so that they can address the security threats of the 21st century.

BNS: There have been warnings that the strong EU defense policy could duplicate NATO. Is there such a threat today?

Rasmussen: It is of utmost importance to ensure close coordination between NATO and the European Union. Twenty-two countries are members of both organizations, and we have only one set of taxpayers, only one set of military capabilities, so it would, of course, be waste of resources, if NATO and European Union pursue the same programs at the same time.

We have to ensure that we coordinate closely so that we really use our resources efficiently. On a daily basis, we try to coordinate, and the European Defence Agency coordinates closely with the NATO command of transformation, which is located in Norfolk, the United States. These two institutions are the main drivers when it comes to coordination of capability development.