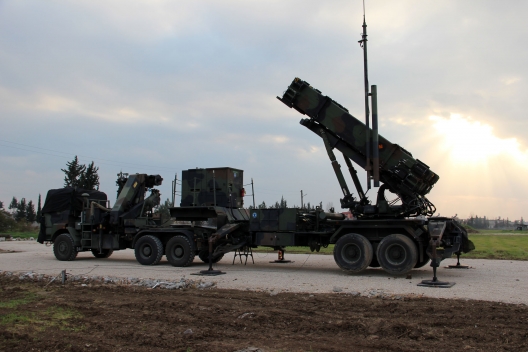 From Thomas Escritt, Reuters:  The Netherlands will end its contribution to NATO’s deployment of Patriot anti-ballistic missile systems in Turkey at the end of January, the government said on Monday. . . .

A Dutch defense ministry spokeswoman said the Netherlands no longer had the resources to keep its batteries deployed in the field, even though the threat to Turkey from ballistic missiles persisted.

“They’ve been deployed 24/7 for almost two years and you can’t prolong it any longer,” the spokeswoman said.

From Deniz Arslan, Today’s Zaman:  “We fully respect the national decision taken by the Dutch government. The Dutch Patriots will remain in place until January 2015,” a NATO official told Today’s Zaman on Tuesday.

“NATO continues to stand in strong solidarity with Turkey and continues to protect the Alliance’s southeastern border. The Alliance’s commitment to the defense and protection of Turkey is unwavering,” said the official, who wished to remain anonymous.

The official said that the Dutch Patriot deployment made an important contribution to help protect the population and territory of Turkey against ballistic missile threats from Syria.

With regard to the question on who will replace the Dutch contingent, the official said, the NATO military authorities are assessing future mission requirements and the availability of other Patriot batteries to find an appropriate solution.