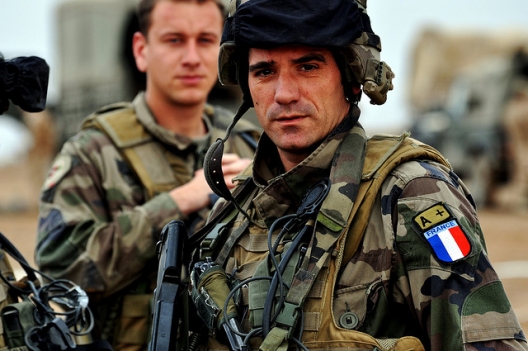 France worries deeply — as do other European and Middle Eastern allies — about America’s foreign policy shift after Iraq and Afghanistan, its reluctance to put American forces in the front line in the world’s trouble spots. France also fears the long-term consequences of the Obama administration’s pivot to Asia. These concerns will certainly color Mr. Hollande’s visit, albeit in a constructive spirit rather than with traditional Gallic petulance.

We can expect Mr. Hollande to stress the importance of maintaining close French-American military cooperation, whether in a region where the French are leading, like counterterrorism operations in the Sahara, or where the United States is the prime mover, like the Indian Ocean. On another front, France and Britain are building joint facilities to simulate nuclear tests in order to ensure the long-term effectiveness of their atomic stockpiles. This and the fact that Paris and London have cultivated a close military relationship help Mr. Obama: The White House is not being asked to referee a beauty contest between France and Britain.

With no immediate large-scale crisis to contend with, and in the absence of major disagreements, each president should get what he wants from this visit. For Mr. Obama, that will be a demonstration that the United States is not losing allies and influence in Europe as a lower-profile America turns toward Asia. For Mr. Hollande, it will be an endorsement of the view that France, despite its economic problems, remains a major power that counts in the eyes of the world’s super power.

François Heisbourg is a special adviser at the Foundation for Strategic Research, a Paris-based think tank.