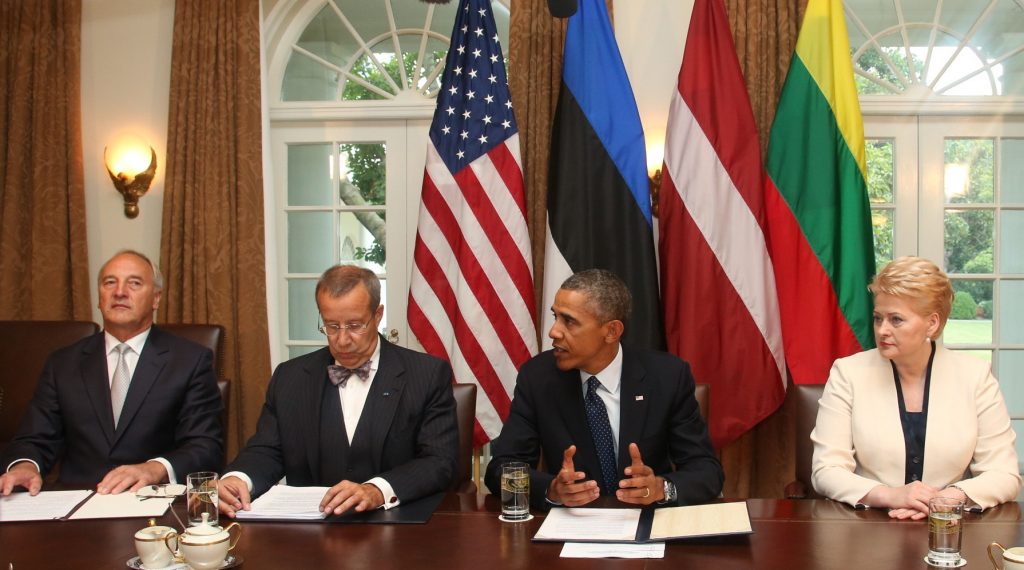 President Barack Obama’s meeting in Washington with the presidents of the Baltic states, his trip to Sweden, and his meeting with the Nordic heads of government while there, is a recognition of the broad success story of the region and its partnership with Washington over the last few decades. While far from perfect, the Nordic-Baltic region stands out in Europe as a place of dynamism and an ambition to play a constructive role in the transatlantic relationship and on the global stage. This is especially true in the defense and security context.

Today, the Nordic-Baltic region is arguably one of the most deeply embedded spaces in the Euro-Atlantic community. The region is home to two of NATO’s most pro-active members (Norway and Denmark) as well as two of the Alliance’s most eager partners (Sweden and Finland). Sweden and Finland also play prominent roles in shaping the EU’s role on the global stage, not the least as staunch advocates of the Transatlantic Trade and Investment Partnership. On the other side of the Baltic, Estonia, Latvia, and Lithuania quickly moved towards transatlantic integration following their regained independence, with strong support and assistance from Washington and the Nordic capitals, and today are responsible members of both the EU and NATO.

While the countries of the region moved swiftly to enhance regional security and stability, as well as promote Euro-Atlantic integration, following the fall of the Soviet Union, the region has also proven itself a real partner for transatlantic action on a range of tough issues. For example, all of the countries of the region have been consistent supporters of and contributors to the ISAF mission in Afghanistan, and Norway, Denmark, and Sweden all contributed significant air power assets to the NATO air campaign over Libya. Indeed, for a period of time Norwegian and Danish F-16s performed close to a quarter of all strike missions over Libya. For a non-NATO country, Sweden in particular enjoys a close relationship with both NATO in Brussels, and the US government in Washington.

The Nordic-Baltic region is also continuing to work on enhancing regional security. Launched a few years ago, the Nordic Defense Cooperation (NORDEFCO) initiative seeks to advance regional defense cooperation and integration in order to maximize the use of defense resources through, for example, joint training, education, and procurement. This platform for defense collaboration may also be extended to the Baltic states sometime in the future. With shrinking defense budgets on both sides of the Atlantic, NORDEFCO is also thought of as an example or template for regional defense cooperation in the age of austerity.

While the Nordic-Baltic region must be described as a transatlantic success story, challenges and issues do remain. The Nordic-Baltic region may have weathered the global financial crisis better than most, but it was still felt and it shows in declining defense budgets across the region (with a few exceptions). Domestic developments in Russia, along with the transformation of the Russian military, give many in the region pause. Also, the opening up of the Arctic due to climate change will bring the opportunities of new trade routes and the extraction of previously unrecoverable natural resources, but could also lead to a new security dynamic in the north of the region. Finally, significant parts of the region’s role in the transatlantic relationship were driven by operational requirements and needs in Afghanistan. Experts and thought leaders now worry that there will be little to power the region’s relationship with Washington forward without the engine of ISAF.

Obama’s decision to visit Stockholm may be explained with something as banal as Russia’s acceptance of Ed Snowden’s asylum application and a wish by Washington to send a message of displeasure to Putin by cancelling the planned meetings in Moscow. However, it is better understood as Washington acknowledging a successful transatlantic partnership which has been quietly strengthened and deepened over the last two decades.

Magnus Nordenman is deputy director of the Brent Scowcroft Center on International Security at the Atlantic Council.