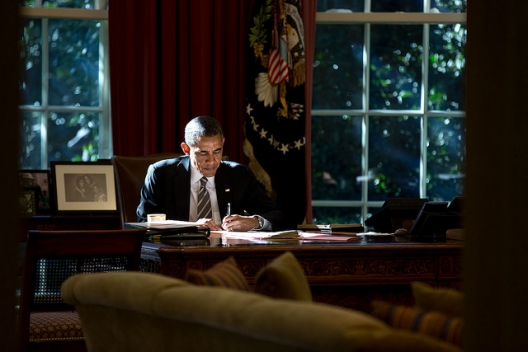 President Obama escalated sanctions against Russia on Wednesday by targeting a series of large banks and energy and defense firms in what officials described as the most punishing measures to date for Moscow’s intervention in Ukraine.

While the latest moves do not cut off entire sectors of the Russian economy, as threatened in the past, the administration’s actions go significantly further than the financial and travel limits imposed so far on several dozen individuals and their businesses. The new measures will severely restrict access to American debt markets for the targeted companies.

Among the firms targeted were some of the most prominent in Russia, including Rosneft, the state-owned oil company and largest oil producer; Gazprombank, the financial arm of Gazprom, the giant state-controlled natural gas producer; Novatek, another Russian natural gas producer that has been competing with Gazprom; and Vnesheconombank, the state economic development bank.

The moves were coordinated with European leaders, who were meeting in Brussels on Wednesday to consider their own package of penalties against Russia. The Europeans declined to go as far as the United States, instead focusing on a plan to block loans for new projects in Russia by European investment and development banks.

The disparate approaches reflect the deeper divisions between Washington and Brussels over how tough to be with Russia.

But American officials said the fact that Europe was moving ahead with additional actions, even if not as stringent as their own, should be seen as a sign of continuing solidarity in the face of Russian provocation in Ukraine.