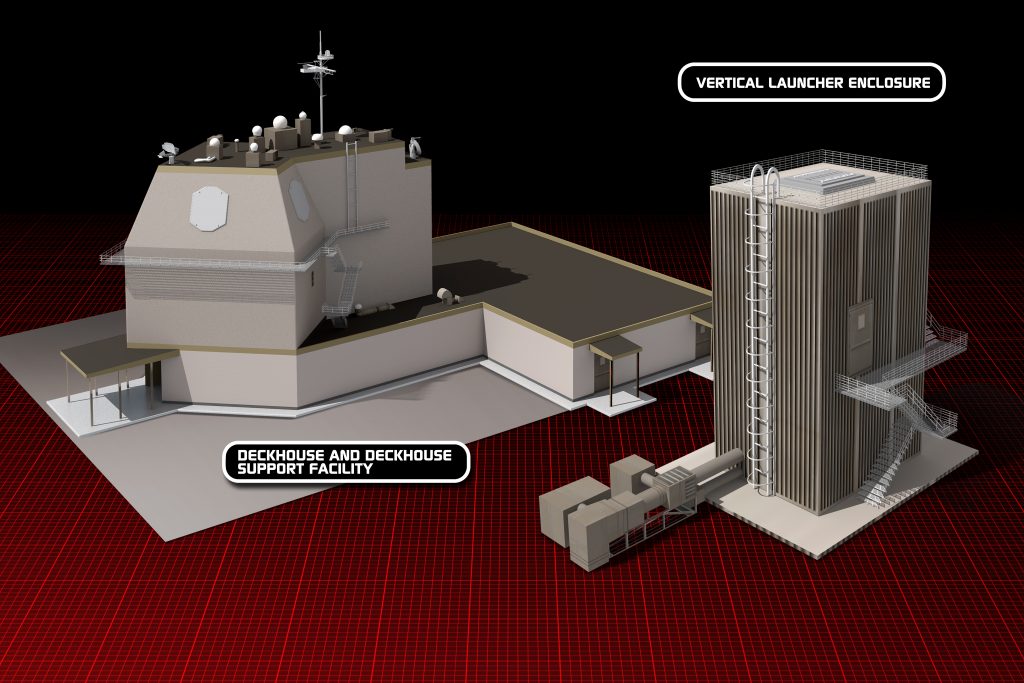 The Missile Defense Agency is working with Lockheed Martin to build a land-based Aegis Ashore ballistic missile defense site in Romania as part of a broader strategy to widen the ballistic-missile defense protective envelope over Europe and other areas by drawing upon historically ship-based Aegis radar technology, Pentagon officials said.

An Aegis Ashore deck house, complete with Standard Missile-3, or SM-3, intercept capability,  is slated to be operational in Romania by 2015, Rick Lehner, MDA spokesman told Military​.com in an interview.  The effort is part of the Pentagon’s European Phased Adaptive Approach missile defense plan which calls for land-based BMD intercept capability to be operational at locations in Romania by 2015 and Poland by 2018, he added.

“This plan utilizes a proven Aegis weapons system and is a lot less expensive than having ships on station doing the same mission. What you have is a permanent capability. This really is a phased adaptive approach in three separate phases. The primary benefit is you can assemble a proven missile defense system that can defend Europe,” Lehner said.

The Romanian Aegis Ashore site will be configured to fire the test-proven SM-3 IB interceptor missile, Lehner said. However, the Polish site for 2018 will be able to fire the larger, more powerful SM-3 IIA missile, which has a longer range, he added.

“When you look at Aegis Ashore, it has been a faster development production and deployment program than any I have ever experienced. The ability to do it at a faster pace happened because everything was geared toward getting to the deployment date of 2015 for Romania,” Bucci explained. . . .

In existence since 2004, Aegis BMD is now operating on 28 Navy ships and with a number of allied nations. U.S. allies with Aegis capability include the Japan Self Defense Forces, Spanish Navy, the South Korean Navy, the Royal Australian Navy, Italy, Denmark and others, MDA officials said.