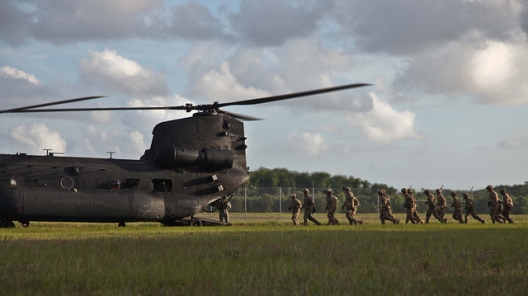 If tensions between Russia and the West continue to mount, the Pentagon this fall may launch a far-reaching review of the U.S. military’s footprint in Europe, the Defense Department’s number two official said.

Deputy Defense Secretary Robert Work said current efforts to ramp up readiness in Europe — which include deployments of some small U.S. units closer to the Russian border and requesting more money for NATO programs — is a temporary solution to what may be a long-term crisis.

A “program review” could come this fall as DoD prepares its annual budget request for submission early next year. Military leaders may consider fundamental questions about how many U.S. troops should be in Europe and how they should be positioned across the continent.

“As this crisis continues and depending on how it plays out, we would take a look in the [fiscal 2016 budget] and say … ‘Do we have to make any other decisions?’ And these decisions can be, ‘Do we have to have more rotational forces in Europe than we have otherwise figured we were going to have? Should we station different types of forces in Europe?’ All of those things would be on the table,” Work told Military Times in an interview Monday. . . .

EUCOM now has about 68,000 U.S. troops, down from a Cold War-era peak of more than 350,000 in the 1980s. Most of the U.S. troops are in Germany and Italy, yet NATO’s newest partners in Eastern Europe, including Poland and the three Baltic states, feel more threatened by Russia and are eager to host more U.S. forces.