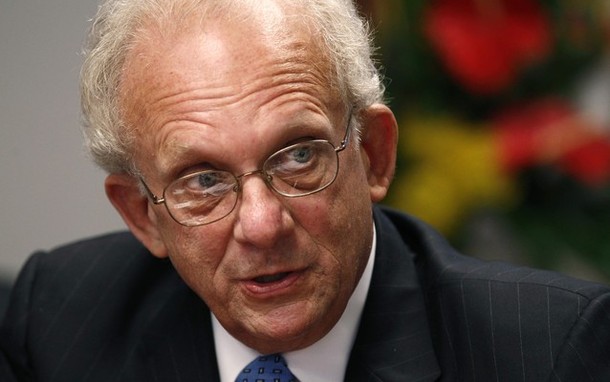 From Reuters:  General David Petraeus‘ clout as the U.S. commander credited with turning around the Iraq war is buying time in Congress as he attempts to do the same in Afghanistan, senior lawmakers said on Monday. …

A White House review of the Afghan campaign in December is expected to test U.S. patience for the unpopular, 9-year-old war, given limitations on the degree of progress the U.S. military can show in just three months’ time.

Lawmakers appearing at the Reuters Washington Summit said they believed Petraeus’ credibility gave the Obama administration some breathing room, given the four-star general’s role pulling Iraq back from the brink of all-out sectarian warfare in 2007 and 2008. …

"I do think as it turns out General Petraeus provides a basis perhaps for buying that time," Howard Berman, the chairman of the U.S. House Foreign Affairs Committee, told the Reuters Washington Summit.

"Give this guy, who is viewed as one of the most talented and skilled military leaders we’ve had in a long time, a chance," Berman, a Democrat, said. …

"I don’t think I can overemphasize: We’ve got a real skeptical public and a very skeptical Congress right now. …"

But withdrawal starting in July is a must for many of Obama’s Democrats. Asked how big of a withdrawal would be needed to satisfy Congress next year, Berman said: "Tell me how things are going and I’ll give you and answer."

"If one has a sense that the concerns now have been greatly alleviated in terms of defeating the enemies and improving governance, I think the administration will get a lot of leeway in deciding what they need to do on July 1st," he said.

"If the current arc continues, I think it’s going to be a bitter fight."

Michael O’Hanlon at the Brookings Institute, a Washington think-tank, said Petraeus’ credibility only went so far.

"I don’t think Petraeus nearly bought a year or two or anything that dramatic. He may have eased the process for a few months and that remains to be seen," he said.  (photo: Kevin Lamarque/Reuters)