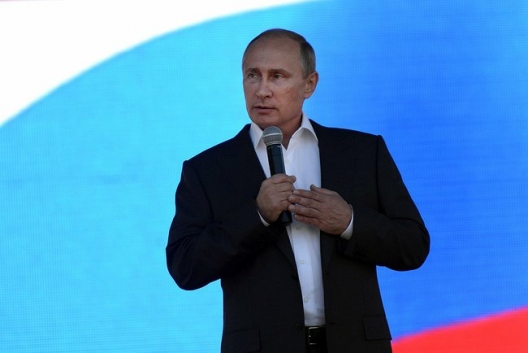 Russia will continue to build up its military might with large-scale weapons purchases in order to meet any threat, particularly from the United States and NATO, President Vladimir V. Putin said on Wednesday.

Mr. Putin cited the United States’ continued development of a missile defense system in Europe and Alaska as a major threat facing Russia, but not the only one.

“There are other things that bother us,” Mr. Putin told senior officials who were meeting to discuss a 10-year arms-buying program. “Military space exploration continues, the issue of the use of non-nuclear strategic weapons is being studied, and so on and so on,” he continued. “A lot of threats are emerging. Recently, as you know, there was a decision made to expand NATO forces in Eastern Europe.”