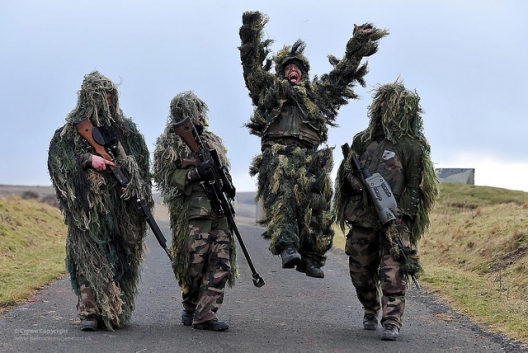 Two decades after the end of the Cold War, the twin trends of overdependence on U.S. power and underinvestment in military might have left European defenses at risk of becoming dangerously irrelevant.

The European Union’s population is triple Russia’s and its economy is eight times larger, yet it spends 60% less on defense than Russia does relative to GDP. Such miserly investment helps explain Europe’s impotence in response to Putin. For Washington, this state of affairs is untenable. For Europe, it should be unacceptable. . . .

To this day, Americans risk their lives to protect the security of citizens in Europe.

This defense is not cheap, and it is not balanced. Americans spend about $2,300 per head on defense, including the defense of Europe. Europeans spend $550 per head on their own defense.

On paper, this adds up to $275 billion in total European defense spending and 1.5 million active duty European troops. This is almost twice the number of active-duty troops as Russia has and three times its budget. But the gap in what defense experts call “tooth to tail” — the amount devoted to overhead and support for each combat soldier — is evident in the test that was posed by Russian troops on the border of Ukraine. What did European NATO members do? What they have always done: Call USA-911. Truth be told, European military forces today sometimes seem like expensive dentures. . . .

As the Ukraine crisis reminded Europe’s leaders about threats on their continent, it is past time for Europeans to ask less what America can do for them, and more what they can do for European security.

Graham Allison is director of the Belfer Center for Science and International Affairs at Harvard University’s John F. Kennedy School of Government.