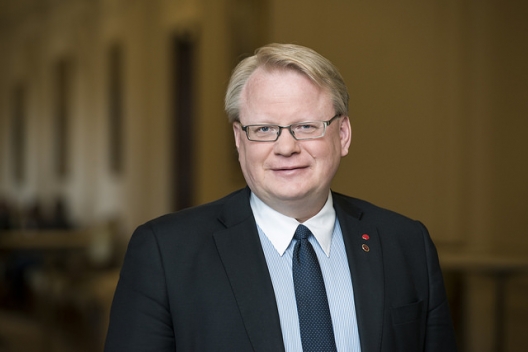 From Charlie Duxbury, Wall Street Journal:  The Nordic state has seen its airspace violated by Russian military jets on a number of occasions and the appearance of a mystery foreign submarine in Swedish waters last fall further raised tensions.

Defense Minister Peter Hultqvist said the government aims to increase military spending by 6.2 billion kronor ($722 million) over five years in a partial reversal of years of cuts to the armed forces’ budget….

“This security situation has worsened and we must respond,” he said at a news conference.

From AFP:  The country’s left-wing government said most of the money, to be spent between 2016 and 2020, would go towards modernising ships that could detect and intercept submarines.

“We want to strengthen our ability to hunt submarines,” Defence Minister Peter Hultqvist said at a press conference.

The announcement came a few months after a week-long search for a suspected Russian submarine in the waters off Stockholm was called off despite members of the public reporting five sightings of suspicious vessels in a week.

The Swedish military’s failure in October to find what it would only refer to as “a foreign vessel” — but which was believed by most experts to be Russian — raised questions over the country’s military spending after years of cutbacks in the post-Cold War era.

The extra funds would also be used to re-establish a permanent military presence on the island of Gotland, between southern Sweden and Latvia, for the first time in 10 years.