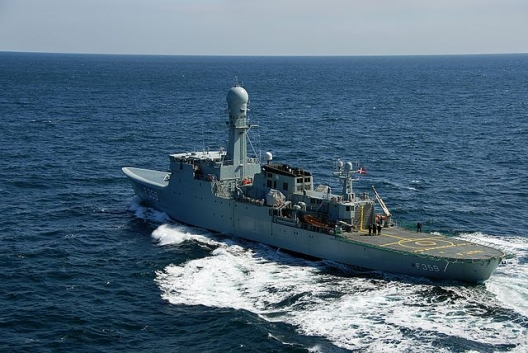 Based on decisions by the United Nations Security Council and the OPCW, Norway and Denmark have agreed to offer a joint contribution to the transportation of chemical warfare agents out of Syria. The joint operation will include naval frigates and specialized cargo vessels from both countries. Denmark will lead the maritime operation, whereas Norway will hold the post as deputy commander.

The identification and destruction of chemical weapons in Syria is carried out in conformity with UN Security Council resolution 2118. A joint OPCW-UN Mission in Syria is mandated to oversee the timely elimination of the Syrian chemical weapons programme in the safest and most secure manner possible.

According to the plan endorsed by the international community the most dangerous chemical warfare agents should be out of Syria by 31 December 2013. A final plan for the destruction of the chemical weapons from Syria should be approved by the OPCW Executive Committee at a meeting on 17 December 2013.

“The use of chemical weapons is a threat to international peace and security. Removal of these heinous weapons from Syria is a critical task for the international community. Denmark and Norway are both fully committed to the implementation of UN Security Council resolution 2118. Our governments have already offered significant assistance to the joint OPCW-UN mission – both military and financially. We are now planning for a joint naval operation to ensure transportation of chemical weapons out of Syria. We call upon other UN member states to contribute in every possible way to the joint OPCW-UN mission”.

“We welcome the possibility for Denmark and Norway to contribute to the important mission of destroying Syria’s chemical weapons in order to prevent further atrocities on the civilian population. Both our countries have long experience in maritime operations and we are used to work together in other international operations and exercises. Denmark and Norway stand ready to move the chemical warfare agents out of Syria. This is an excellent example of Nordic cooperation“

Both Denmark and Norway will have to complete relevant national procedures before the operation can begin.