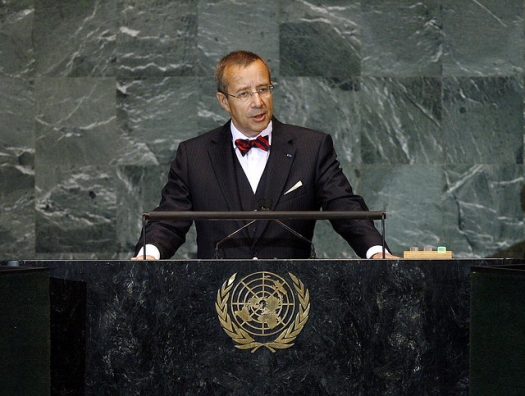 So far, the only solid fact, at least according to Estonia’s version of what happened in a thicket of pine trees and scrub on the border here with Russia, is that a well-trained and well-armed squad of Russian security operatives crossed into Estonia on Sept. 5 and grabbed Eston Kohver , a veteran officer in the Estonian Internal Security Service, known as KAPO. . . .

Anders Fogh Rasmussen, the departing secretary general of the alliance, said that Estonia had not raised Mr. Kohver’s abduction “in the context of NATO” and that Russia’s intentions were difficult to fathom. “It is hard to guess about motives in the Kremlin but personally I think they are all the way through testing our vigilance,” Mr. Rasmussen said in an interview in Brussels, the alliance’s headquarters.

“It is clear that Russia did not accept the outcome of the Cold War. That is what all this is about,” Mr. Rasmussen said, referring to a surge in tensions between Moscow and the West over Ukraine and other former Soviet territories. “This will last a long, long time.

“NATO and the European Union have both called for Mr. Kohver’s swift release. . . .

But a senior Estonian security official who has worked with Mr. Kohver, said the timing of the kidnapping, just two days after a visit to Tallinn by President Obama, was perhaps Russia’s way of signaling its contempt for Mr. Obama’s vow to defend the Baltics from any Russian aggression.

“Their message is that whatever President Obama says, these are just words, and that ‘Our actions speak louder than words,’ ” said the official, who asked not to be named in order to speak candidly about intelligence matters. As Mr. Obama left Tallinn to attend a NATO summit gathering in Wales, the F.S.B., according to Estonian officials, carefully set a trap in the forest for Mr. Kohver, who had arranged to meet on the border with an informant from Russia offering information about smuggling.