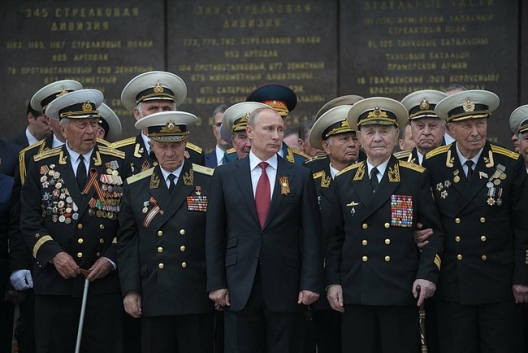 The territory of today’s Ukraine can very easily be placed within every major epoch of the European past. Kiev’s history of east Slavic statehood begins in Kiev a millennium ago. Its encounter with Moscow came after centuries of rule from places like Vilnius and Warsaw, and the incorporation of Ukrainian lands into the Soviet Union came only after military and political struggles convinced the Bolsheviks themselves that Ukraine had to be treated as a distinct political unit. After Kiev was occupied a dozen times, the Red Army was victorious, and a Soviet Ukraine was established as part of the new Soviet Union in 1922. . . .

The Eurasian project had two parts: the creation of a free trade bloc of Russia, Ukraine, Belarus, and Kazakhstan, and the destruction of the European Union through the support of the European far right. Putin’s goal was and remains eminently simple. His regime depends upon the sale of hydrocarbons that are piped to Europe. A united Europe could generate an actual policy of energy independence, under the pressures of Russian unpredictability or global warming—or both. But a disintegrated Europe would remain dependent on Russian hydrocarbons. . . .

The creeping Russian invasions of Crimea, Donetsk, and Luhansk are a frontal challenge to the European security order as well as to the Ukrainian state. They have nothing to do with popular will or the protection of rights: Even Crimean opinion polls never registered a majority preference for joining Russia, and speakers of Russian in Ukraine are far freer than speakers of Russian in Russia. The Russian annexation was carried out, tellingly, with the help of Putin’s extremist allies throughout Europe. No reputable organization would observe the electoral farce by which 97 percent of Crimeans supposedly voted to be annexed. But a ragtag delegation of right-wing populists, neo-Nazis, and members of the German party Die Linke (the Left Party) were happy to come and endorse the results. The Germans who traveled to Crimea included four members of Die Linke and one member of Neue Rechte (New Right). This is a telling combination. . . .

The Maidan functioned in two languages simultaneously, Ukrainian and Russian, because Kiev is a bilingual city, Ukraine is a bilingual country, and Ukrainians are bilingual people. Indeed, the motor of the revolution was the Russian-speaking middle class of Kiev. The current government, whatever its shortcomings, is un-self-consciouslymultiethnic and multilingual. In fact, Ukraine is now the site of the largest and most important free media in the Russian language, since important media in Ukraine appears in Russian and since freedom of speech prevails. Putin’s idea of defending Russian speakers in Ukraine is absurd on many levels, but one of them is this: People can say what they like in Russian in Ukraine, but they cannot do so in Russia itself. Separatists in the Ukrainian east, who, according to a series of opinion polls, represent a minority of the population, are protesting for the right to join a country where protest is illegal. They are working to stop elections in which the legitimate interests of Ukrainians in the east can be voiced. If these regions join Russia, their inhabitants can forget about casting meaningful votes in the future.

This is the second thing that goes unnoticed: The authoritarian right in Russia is infinitely more dangerous than the authoritarian right in Ukraine. It is in power, for one thing. It has no meaningful rivals, for another. It does not have to accommodate itself to domestic elections or international expectations, for a third. And it is now pursuing a foreign policy that is based openly upon the ethnicization of the world. It does not matter who an individual is according to law or his own preferences: The fact that he speaks Russian makes him a Volksgenosse requiring Russian protection, which is to say invasion. The Russian parliament granted Putin the authority to invade the entirety of Ukraine and to transform its social and political structure, which is an extraordinarily radical goal. The Russian parliament also sent a missive to the Polish foreign ministry proposing a partition of Ukraine. On popular Russian television, Jews are blamed for the Holocaust; in the major newspaper Izvestiia, Hitler is rehabilitated as a reasonable statesman responding to unfair Western pressure; on May Day, Russian neo-Nazis march. . . .

Presidential elections in Ukraine are to be held on May 25, which by no coincidence is also the last day of elections to the European parliament. A vote for Strache in Austria or Le Pen in France or even Farage in Britain is now a vote for Putin, and a defeat for Europe is a victory for Eurasia. This is the simple objective reality: A united Europe can and most likely will respond adequately to an aggressive Russian petro-state with a common energy policy, whereas a collection of quarrelling nation-states will not.

Timothy Snyder is Housum Professor of History at Yale University and the author of Bloodlands: Europe Between Hitler and Stalin. This essay is a revision of an earlier article that appeared in Frankfurter Allgemeine Zeitung.

Image: Russian Presiden Vladimir Putin in Crimea, May 9, 2014 (photo: Office of the President of Russia)