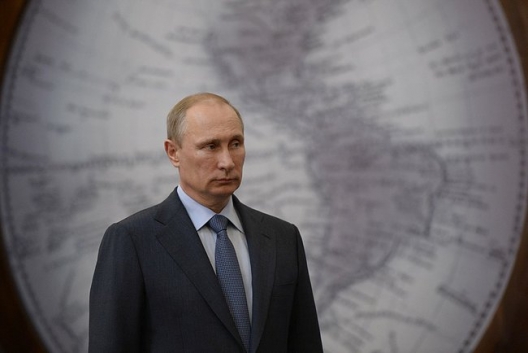 A month ago, Russian President Vladi­mir Putin appeared to be successfully executing his campaign to destabilize Ukraine. While Russian-backed insurgents consolidated a breakaway republic, weak and divided Western governments ignored their own deadlines for imposing sanctions. Now, suddenly, Mr. Putin faces twin reversals: relatively tough sanctions from the United States and European Union on Russian banks and oil companies, and a string of military defeats that have pushed back his proxy forces. It’s a dangerous moment for Mr. Putin — and, perhaps, an opportunity for Ukraine and its allies. . . .

Mr. Putin is more likely to escalate than back down. Ukraine and the West must be prepared for a more forceful and overt Russian military intervention. That should mean more support for the Ukrainian military, which is seeking drones and better communications equipment from the West, and more economic support for the new government, which has been forced to spend heavily on the armed forces. Russia should not be allowed to permanently entrench its proxy forces in eastern Ukraine, creating a “frozen conflict.”

The West also should not shrink from the destabilization of Mr. Putin’s regime. Once considered a partner, this Kremlin ruler has evolved into a dangerous rogue who threatens the stability and peace of Europe. If he can be undermined through sanctions and the restoration of order in eastern Ukraine, he should be.