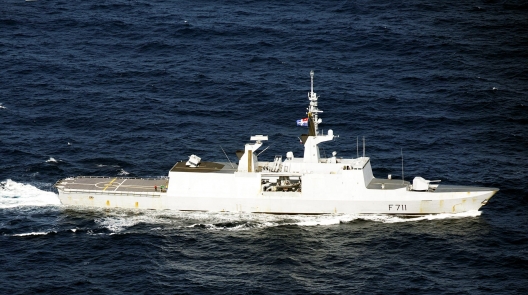 A French frigate entered the Black Sea on Wednesday, growing the number of NATO surface warships in the region to three, according to a ship spotting blog and Russian press reports.

In reaction to the increased NATO naval presence in the region, Russian officials said they would begin to fly more air patrols over the Black Sea.

“During the flights, combat training is carried out to provide surface image coverage in the neutral waters of the Black Sea,” state run RIA Novosti quoted a military source on Wednesday. . . .

A Fencer buzzed the guided missile destroyer USS Donald Cook (DDG-75) in April in what the Pentagon called a “provocative and unprofessional Russian action.”