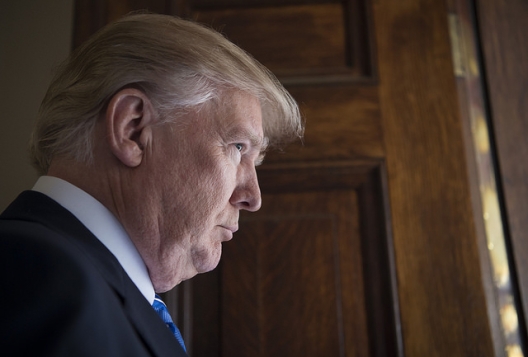 US President Donald Trump said Friday that the United States remained committed to NATO’s mutual defense pledge, after he failed to endorse it in a speech in Brussels last month.

Amid worries by Washington’s European partners that the US leader had not fully bought into the Atlantic alliance, Trump told reporters: “I’m committing the United States to Article Five. Certainly we are there to protect.”

“That’s one of the reasons that I want people to make sure we have a very, very strong force, by paying the kinds of money necessary to have that force,” Trump told a joint press conference with visiting Romanian President Klaus Iohannis.

The US president stunned Europe’s leaders at a summit in Brussels on May 25 when he failed to publicly back the now 29-member bloc’s founding mutual defense guarantee.

Instead he castigated the allies for failing to pay their way with contributions to NATO forces, singling out especially Germany….

Iohannis said NATO’s mutual defense commitment was a crucial part of a defense against an aggressive Russia….

“In my opinion, we need dialogue. But on the other hand, we need what we all together decided in NATO — a strong deterrence.”

“But make no mistake: uttering magic words does not deter aggressors like [Russian President] Vladimir Putin. Only the credible threat of military force does,” he said in a statement.

“And until Democrats and our European allies get serious about funding our common defense, deterrence in Europe will remain dangerously weak.”

Jorge Benitez, a NATO specialist at the Atlantic Council, said Trump’s statement was less than a whole-hearted commitment.

“Trump keeps using caveat: “I want people… paying the kind of money necessary to have that force,” Benitez said on Twitter.