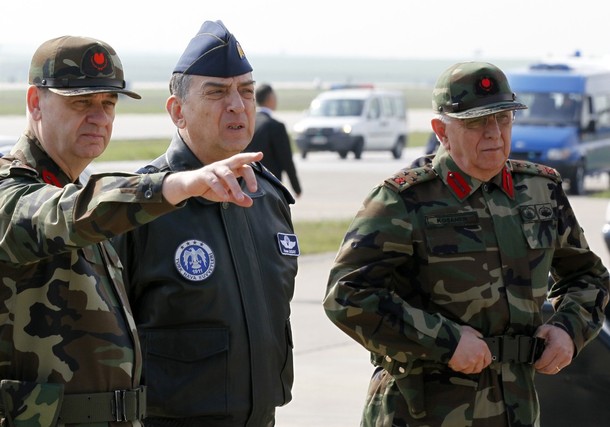 From Marc Champion and Erkan Oz, the Wall Street Journal:  Turkey’s government and four star generals ended days of wrangling Wednesday with no agreement over whom to appoint to the military’s two top jobs, according to a statement from the Chief of the General Staff. …

The government succeeded in rejecting the army’s candidate for the next land forces commander, Gen. Hasan Igsiz. According to the statement, the military will now produce a new candidate for government approval on Thursday.

As a result, a decision was also put off on whether to appoint the current land forces head, Gen. Isik Kosaner, to replace Gen. Ilker Basbug as the next Chief of the General Staff, the statement said.

Gen. Kosaner, known as a tough secularist in Turkey’s military tradition, was the automatic candidate for the top job in the Turkish military, as current land forces commander. …

As commander of the 1st Army, Gen. Igsiz traditionally would also get the land forces job, but he faced stiff opposition from Prime Minister Recep Tayyip Erdogan and President Abdullah Gul.

Analysts and retired Turkish officers say the twice annual meetings of the Supreme Military Council have rarely been as contentious.

While the meeting was underway, a prosecutor issued a summons for Gen. Igsiz–a member of the Supreme Military Council–to testify in an alleged coup plot, undermining his candidacy. Gen. Igsiz is named in the documents on which the plot allegations are based.  (photo: Reuters)