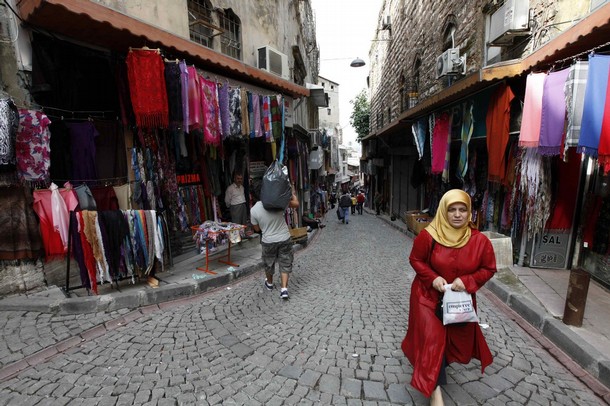 From Landon Thomas Jr., the New York Times:  For many in aging and debt-weary Europe, which will be lucky to eke out a little more than 1 percent growth this year, Turkey’s economic renaissance — last week it reported a stunning 11.4 percent expansion for the first quarter, second only to China — poses a completely new question: who needs the other one more — Europe or Turkey?

“The old powers are losing power, both economically and intellectually,” said Vural Ak, 42, the founder and chief executive of Intercity, the largest car leasing company in Turkey. “And Turkey is now strong enough to stand by itself.”

It is an astonishing transformation for an economy that just 10 years ago had a budget deficit of 16 percent of gross domestic product and inflation of 72 percent. It is one that lies at the root of the rise to power of Prime Minister Recep Tayyip Erdogan, who has combined social conservatism with fiscally cautious economic policies to make his Justice and Development Party, or A.K.P., the most dominant political movement in Turkey since the early days of the republic.

So complete has this evolution been that Turkey is now closer to fulfilling the criteria for adopting the euro — if it ever does get into the European Union — than most of the troubled economies already in the euro zone. It is well under the 60 percent ceiling on government debt (49 percent of G.D.P.) and could well get its annual budget deficit below the 3 percent benchmark next year. That leaves the reduction of inflation, now running at 8 percent, as the only remaining major policy goal. …

In Iran, Turkish companies are building fertilizer plants, making diapers and female sanitary products. In Iraq, the Acarsan Group, based in the southeastern town of Gaziantep, just won a bid to build five hospitals. And Turkish construction companies have a collective order book of over $30 billion, second only to China. (photo: Reuters)