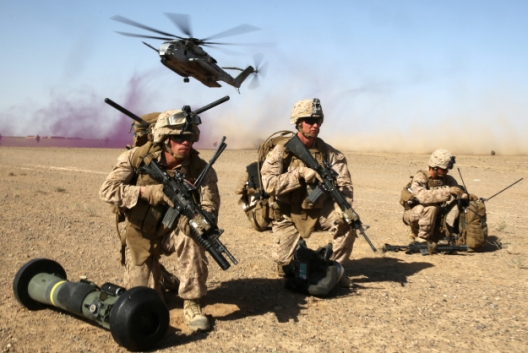 Western European military leaders and their counterparts in Washington will convene next week to hammer out the details of the White House’s recently unveiled postwar plan for Afghanistan.

NATO’s top defense ministers will come together at the alliance’s headquarters in Brussels to formalize the organization’s “basic operational concept” for Europe’s postwar presence in Afghanistan, according to a senior administration official.

“The [postwar] details will be worked out in that meeting, and subsequently, there’s a NATO force generation conference in mid-June that will start to get into those operational details,” the official told reporters on Tuesday.

The majority of that discussion will likely focus on how alliance members will fold in the details of President Barack Obama’s Afghan postwar strategy, which will effectively end all major U.S. operations in country by 2016. . . .

“Our commitment to Afghanistan is rooted in the strategic partnership that we agreed to in 2012. And this plan remains consistent with discussions we’ve had with our NATO allies,” he said.

“Just as our allies have been with us every step of the way in Afghanistan, we expect that our allies will be with us going forward,” Obama added. . . .

That plan, according to administration officials, falls in line with NATO plans to maintain a regional training and adviser presence in Afghanistan through 2016. Obama reportedly briefed U.K. Prime Minister David Cameron, German Chancellor Angela Merkel and other top Western European leaders on the administration’s new plan for postwar Afghanistan.

“The president’s decision will enable what NATO had already anticipated and begun to plan for,” for a postwar Afghanistan, the senior official said. The alliance’s postwar mission will “continue to keep coalition advisers embedded down to a core level within the Afghan Army and police forces in, kind of, the four corners . . . of the country,” the official added.