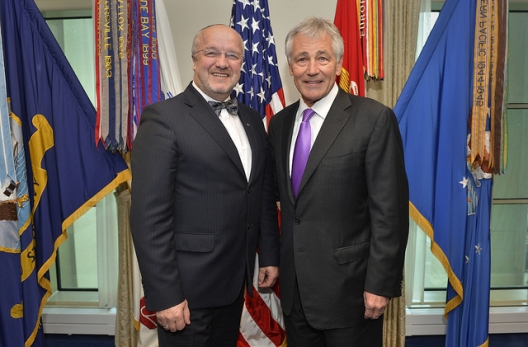 From Steve Gutterman, Reuters:  The reports caused alarm in Poland and the Baltic states, which are wary of Russian military movements after decades of dominance by the Soviet Union. Their alarm was aggravated by tension between Russia and the West over Ukraine.

“We have followed these events for quite some time, and this is not a surprise for us,” Artis Pabriks, defence minister of nearby Latvia, told Reuters.

But he added: “It creates unnecessary political tension and suspicions and reduces mutual trust because we don’t see reason why Russians would need such weapons here.

Poland’s Foreign Ministry said it had received no official information from Russia and called the news “worrying”. It said it expected consultations on the issue among NATO and European Union partners. . . .

“We are worried about militarisation of Kaliningrad region and modernisation of its weaponry,” Juozas Olekas, Lithuania’s defence minister, said in an e-mail to Reuters. “We have repeatedly brought this issue up in various multilateral forums.”

From KUNA:  State Department deputy spokeswoman Marie Harf told reporters “we’ve shared with Russia the concerns that countries in the neighborhood have regarding Russia’s deployment of the Iskander missiles in Kaliningrad.” She affirmed “we’ve urged Moscow to take no steps to destabilize the region. We’ve made that point with them.”