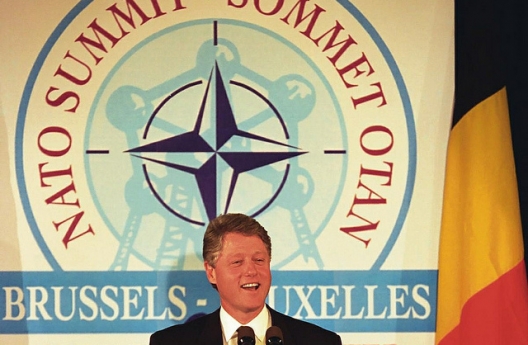 On January 11, 1994, the United States and the other allied nations of the North Atlantic Treaty Organization (NATO) created the Partnership for Peace. Today marks its twentieth anniversary.

Based on a commitment to the democratic principles that underpin the Alliance itself, the Partnership for Peace brings NATO together with 22 nations in Europe and Asia. These countries partner together on operations that foster peace and security, as well as on increasing their own security capacity through defense reform, policy and planning, military-to-military cooperation and exercises. Partnership for Peace and other partnership programs have strengthened NATO by adding diversity and political insight while expanding its security reach. Since Partnership for Peace’s inception, twelve countries which were members of this program have become NATO members, and even more partners have contributed to NATO-led operations from Afghanistan to Kosovo and Libya. Together, NATO members and partners have conducted hundreds of exercises to improve their interoperability and capacities for crisis response, conflict resolution and peacekeeping.

As we mark this twentieth anniversary of Partnership for Peace, we pledge to continue to work together with NATO, our Allies and our partners to strengthen and deepen the critical role NATO’s partnerships play in enhancing the adaptability, efficiency and effectiveness of the Alliance and, in turn, promoting the stability and security of our broader community.