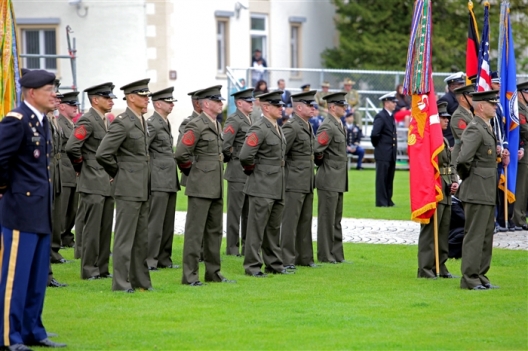 The United States may be compelled to cut its military spending in Europe next year by as much as a fifth in the latest round of reductions under “sequestration”, America’s top general in the region said on Thursday.

U.S. Air Force General Philip Breedlove, who serves as both head of the U.S. European Command (EUCOM) and as NATO’s Supreme Allied Commander Europe (SACEUR), said the reductions will require NATO forces to work more closely together and train “smarter”.

“We want to cut the tail to protect the teeth… We have to work together perhaps more than ever before,” he told a press briefing in London.

The Pentagon is facing nearly $1 trillion in cuts to projected spending over the next decade, which leaders say would dramatically reduce Washington’s military capability. The next round of across-the-board “sequestration” cuts will begin on January 15 if U.S. Congress cannot agree deficit reduction measures.

The U.S. army is already closing and consolidating several garrisons in Germany and says under current plans the number of troops in Europe by 2017 will be some 30,000, a drastic reduction from the days of the Cold War. The U.S. Air Force also maintains several bases, as does the U.S. Navy.

EUCOM had been asked to plan for a budget reduction of between zero and 20 percent next year, Breedlove said. Cuts would likely take place at the headquarters level, he said.

Other U.S. commands are taking similar steps. Last week, U.S. Africa Command said it expected to lose more than a tenth of its funding, forcing it to slim down planned exercises and cut spending on its headquarters in Stuttgart, Germany.

Image: US military base in Stuttgart (photo: Sgt. Matt Lyman/DoD)