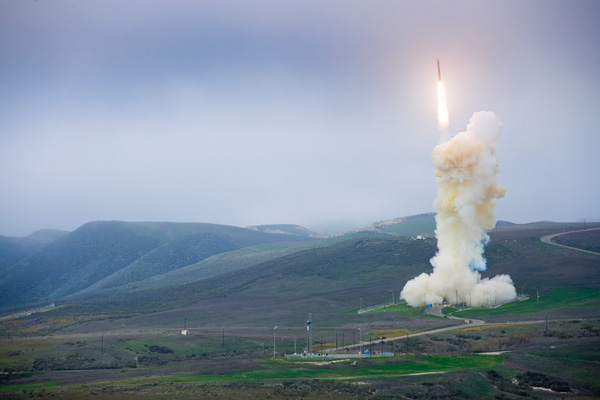 The Pentagon announced five possible missile defense sites in the eastern United States on Thursday, but said it was far from any decision to proceed with what would be an “extraordinarily expensive” program expansion in an era of budget cuts.

Madelyn Creedon, assistant secretary of defense for global strategic affairs, emphasized that no decision had been made to build an additional site for missile interceptors, and there was no money in the Pentagon’s future budget plans for such a site.

In fact, she said, U.S. officials were concerned that across-the-board budget cuts would jeopardize the Pentagon’s plans to add interceptors to an existing Alaska site, a move announced by Defense Secretary Chuck Hagel after North Korea threatened to launch a nuclear attack against the United States.

“There’s no money in the (future) budget … for an East Coast missile site. We have no money for this,” Creedon told Reuters in a telephone interview.

“When you look at the future and sequestration, we get very worried about whether or not we’re even going to have enough money to do what we’ve decided to do,” she said. . . .

Creedon said building an additional interceptor site would be “extraordinarily expensive,” but detailed estimates would not be known until a specific site was chosen.

Missile defense experts say it would cost well over $1 billion, and as much as $5 billion, to build an additional site. . . .

Creedon said the department hoped to meet the congressionally mandated deadline of December 31 for deciding which of the five sites would be included in a more comprehensive environmental impact study expected to take 18-24 months.

She said the discussion about whether to proceed with an additional missile defense site would not kick off in earnest for about two years – after the environmental study was done.