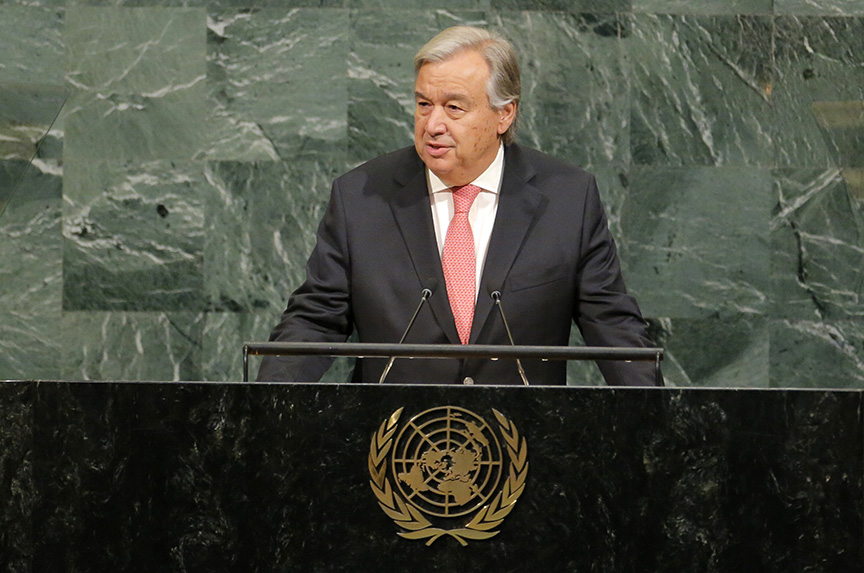 Institutions and fora such as the United Nations, the Bretton Woods Institutions, the World Trade Organization, the Organization for Economic Cooperation and Development, and the G-groups are based on the organizing principle of multilateralism. After World War II, they have helped nation states coexist in a peaceful and relatively prosperous environment. Nowadays, they face criticism for being inefficient and lacking transparency. Some governments are withdrawing from these institutions altogether and reaffirming their individual power, which has led to a more fragmented world order.

When sovereign states have had to address common challenges, such as global peacekeeping, they have turned to multilateral institutions and fora for help. Multilateralism became the organizing principle of international relations after World War II, given that other organizing methods had led to depression and war. This principle went against the logic of unilateralism and temporary bilateral alliances, and it suggested that, in the fields of collective security and international trade, the solutions of the past had unequivocally become lose-lose propositions.

A world order based on multilateralism has the ability to set global goals and deliver on global public goods. An organizing principle is necessary to govern international relations and deliver international cooperation as, otherwise, nation states will revert to fragmentation and quarreling.

Within multilateral institutions and groupings, participating countries “look through” their own national or regional interests to preserve peace, build on mutually beneficial relationships, and strive for shared prosperity.

Notwithstanding the contours of the institution or forum, the overarching goal goes beyond the simple addition of individual memberships, i.e. the result is greater than the sum of its parts. The uniting purpose is to strive for the delivery of global public goods such as inclusive growth and a cleaner environment for the longer term in a rules-based order.

Why are multilateral institutions and fora vulnerable today?

The main criticism of multilateral institutions and fora is about the lack of efficiency and transparency. Efficiency is, arguably, hard to measure in the field of creating peace and raising living standards around the world. Which yardsticks does one choose? This is when history comes in handy.

After World War II, the principal objective was to avoid a third world war. Similarly, trade disputes and protectionist practices were important components that led to the Great Depression. This was another pattern that countries wished to avoid repeating. However, conflicts are still taking place around the world and civilian populations would unambiguously be better off if these were brought to a halt.

International trade liberalization has left part of our populations behind in terms of economic wealth. So perhaps the main criticism of multilateralism should be that it has not been used enough and that additional multilateral efforts are still needed to deliver on the remaining open issues.

What are the necessary conditions for a revival of multilateralism?

Focusing on the issue of governance, globalization and the acceleration of technological change are two mega trends that, on the one hand, tend to reduce the relative power of state actors and, on the other hand, lead to a multiplication of the centers of power, or power nodes; for example, where innovation is more concentrated and where financial flows dominate. Non-state actors and networks have become increasingly powerful, whereas their activities initially escape the control of traditional governments.

This greater interdependence calls for solving these issues together with the contributions of all relevant actors, rather than alone. Meanwhile, around the world, politics is often seen as a major factor of instability, or a “risk” factor. As governments fail or as leaders change, markets react in a synchronized way, displaying high volatility as trust in governments weakens. Paradoxically, the  increasing interdependence and multipolarity of the world is currently generating a rise in unilateralism and a retrenchment from multilateral organizations, which will ultimately backfire on citizens.

The benefits of international cooperation and the strength that is garnered by sticking together to battle emerging risks and instability are valuable and worth standing up for. By pursuing common strategies, multilateralism can produce “win-win” outcomes. Leadership is needed and it can express itself within multilateral institutions and fora. Leadership need not be exclusive if sought within a multilateral system that is based on common understanding and common rules. Leaders who work together can identify the shared objectives to be prioritized and seek concrete value-add for their citizens in a more predictable global environment. This win-win proposition is only achievable if leaders engage in good faith against the backdrop of transparent rules of engagement.

In addition, non-state actors can collaborate and valuably contribute to these shared objectives. The method for doing so exists, such that all can efficiently contribute in a way that is most beneficial to citizens; one example of such collaborations between states and non-state actors is the commitment to achieve the Sustainable Development Goals. The multilateral solution becomes a win-win, not a zero-sum.

Citizens are demanding that policymakers address the global challenges that impact their lives. A sense of common purpose and mutual trust are essential ingredients to bring about effective and accountable multilateralism.