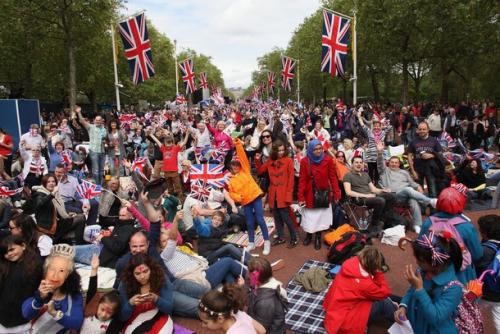 Edward Gibbon, in his masterly Decline and Fall of the Roman Empire wrote, “all that is human must retrograde if it does not advance.” Having just come back from a two day NATO meeting in the Eternal City one is beginning to see that in the fabric of the people and the place.

The fear and frustration is almost palpable. “Why don’t they do something?” one Roman friend said to me looking skyward to imply a vague vision of our Dear Leaders as Roman Gods. “They are doing something,” I replied. “They are re-arranging deckchairs on the Titanic.” And, if he listened ever so carefully he might hear something else; the acoustic perfume of a distant violin wafting its way from nearby Anzio as Nero fiddles anew.

Our absent without leave leaders last week missed yet another chance to put in place the ten year, multi-billion Euro grand plan that might, just might, save the benighted single currency and stave off not just financial meltdown but save European democracy from those who would rend it asunder in the name of European political union. Even that consummate Euro-Aristocrat, Mario Draghi, President of the European Central Bank, this week warned that the Euro is fast becoming unsustainable in the absence of decisive action. The markets of course crashed…again!

Crises being like London buses they never come in ones. The US Defense Secretary Leon Panetta suggested in Singapore that by 2020 some 60 percent of the US Navy will be in the Pacific. What he was saying to all intents and purpose was that America is fast giving up on NATO, the implication being that Europeans are too. I wonder. Asia-Pacific might be ‘where it is at’ in grand strategy these days but as my close friend and former US Ambassador to NATO Robert Hunter rightly points out, the great tectonic fissures of grand political friction will still be found for the foreseeable future on the shores of a powerless Europe in North Africa and the Middle East.

And yet there was a light in the mire this week. There is a famous painting by Canaletto of the Royal Thames Pageant of 1662. At the time Charles II was only two years into his reign and England was slowly recovering from the civil war and Cromwell’s Republic. Charles wanted to show both the majesty and the continuity of monarchy.

Her Majesty Queen Elizabeth II also went afloat this week. She has afforded Britain both majesty and continuity during the momentous and revolutionary change that has taken place in the sixty years of her reign which the Diamond Jubilee is celebrating. At times ‘majesty’ has seemed at odds with a Britain in steep decline but precisely because of her sense of duty the Queen has done great service to both her country and much of the world beyond. However, it was not Her Majesty alone that warmed my heart but rather the sight of newly-arrived immigrants and refugees taking the chance to celebrate all things British.

Regular followers of this blog will know my concerns about the impact of hyper-immigration on British society and, in particular, English culture. The political left, which hates all things English, has tried to destroy Englishness through immigration-fuelled multiculturalism, and have by and large succeeded. The political right has used immigration as a way to impose ‘labour market flexibility’ and thus drive down the living standards of ordinary Britons in the name of ‘competitiveness’.

However, the sight of so many immigrants so keen to celebrate Britishness on the occasion of the Pageant gives me hope that one day a new society will emerge that sees itself as being British albeit in a very new kind of way. For that I offer them my heartfelt thanks as they might be shining a light on a future for all.

Contrast change in Britain with change in Europe, and I am now convinced more than ever that Britain and Europe are no longer the same. Behind the Eurozone crisis lurks an enormous EU-British crisis. Europe has no equivalent of the Queen, unless you count that nice Belgian, Mr Rompuy. There is no anchor of stability for Europeans to look to as Europe embarks on what in the next decade will be momentous change. Rather, there is a bunch of uncertain politicians all of whom lack the greatness the moment demands and who are utterly unable to see or grasp the bigger picture which is painting not only their respective destinies but those of their peoples.

My Roman friend also asked me if ‘Europe’ could really collapse. Yes, I said, it could all too easily collapse, because what the Euro crisis has shown is that ‘Europe’ does not really exist. Perhaps we need a new ‘Europe’. Any ideas?