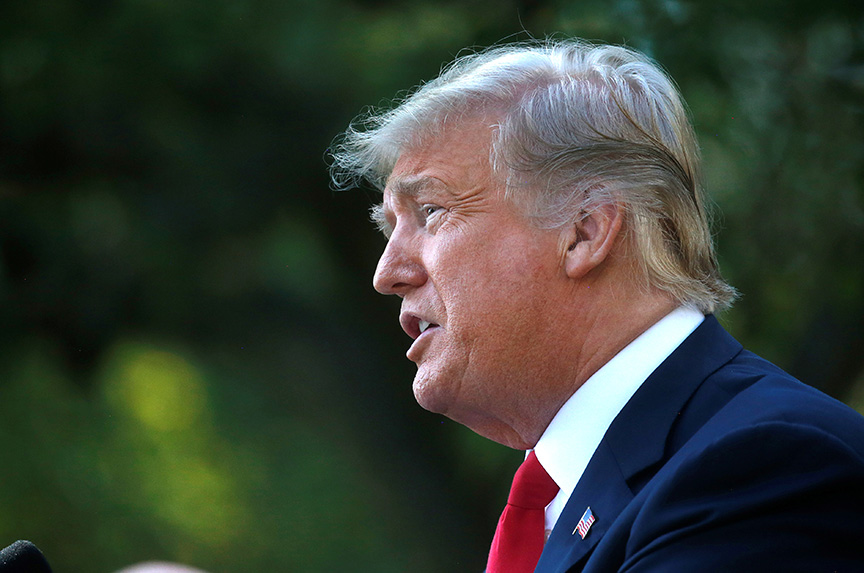 The new trade agreement between the United States, Canada, and Mexico “modernizes” the North American Free Trade Agreement (NAFTA) and lifts a cloud of uncertainty that has lingered over the past several months, according to Earl Anthony Wayne, a nonresident senior fellow with the Atlantic Council’s Global Business and Economics Program.

In negotiations that went down to the wire, Canada agreed on September 30 to join the United States and Mexico in a revised version of NAFTA. The new agreement will be referred to as the United State-Mexico-Canada Agreement (USMCA).

“Overall, each of the three countries showed flexibility, can claim wins from the new agreement, and gave up preferred positions to reach agreement,” said Wayne, who served as the US ambassador to Mexico from 2011 to 2015.

“The most controversial and divisive proposals floated during the negotiations were modified or withdrawn to get to this three-way accord,” he added.

Earl Anthony Wayne discussed the significance of the breakthrough between the North American neighbors and trading partners in an e-mail interview with the New Atlanticist’s Ashish Kumar Sen. Here’s the text of our interview.

Q: How is USMCA different from NAFTA?

Wayne: The new agreement, importantly, modernizes NAFTA, reflecting best practices and changes in the global trading and investment environment since the NAFTA agreement was negotiated in the early 1990s.

This “modernization” includes changes in handling of all issues having to do with the Internet and ecommerce, with changes in threats to and protection of intellectual property rights, and with lessons learned in handling trilateral trade, such as dealing with technical barriers to trade, for example.

A number of these issues were embodied in the Trans-Pacific Partnership (TPP), but once the United States decided to pull out of the TPP [in January 2017], these elements had to be revisited in the trilateral talks.

At a quick glance, it looks as if the new agreements are as good as or perhaps a bit better than those in the TPP.  This holds for environment and labor provisions, too.  The new labor commitments to workers’ rights by Mexico in the agreement will be carefully scrutinized by labor unions and those sympathetic to labor, especially to see if the new Mexican commitments are enforceable.  Investor-state provisions have also been substantially changed with areas of coverage reduced to key sectors in Mexico and apparently being phased out for Canada.

These changes and any changes in the energy chapter of the agreement will be carefully reviewed by relevant stakeholders.  Very important changes relate to what constitutes a “North American vehicle” under the agreement’s rules of origin.  Here the US administration argues that the new rules will increase US manufacturing jobs.

Stakeholders and others will want to carefully explore the potential effects of the new rules on the auto industry and specifically the impact on costs of production, on costs of new vehicles for consumers, and on the overall competitiveness of US auto companies. Related to this will be assessments as to whether the new rules will produce new auto sector jobs as projected by US officials.

The agreement also has new provisions for review every six years of the treaty and consideration of possible termination of the agreement. This could allow for a more serious review of the results of the agreement than we saw under NAFTA (which should be good) while allowing for a substantially longer life for the agreement than the five years originally proposed by the United States.

Overall, each of the three countries showed flexibility, can claim wins from the new agreement, and gave up preferred positions to reach agreement. The most controversial and divisive proposals floated during the negotiations were modified or withdrawn to get to this three-way accord.

Q: What would be some immediate and long-term implications of the new trade agreement?

Wayne: The biggest near-term effect of the agreement should be to remove the cloud of uncertainty that was formed over the future of the North American market and the massive production networks that produce well over $2 million worth of trade every minute between Canada, Mexico, and the United States.

Mexico and Canada are the two countries in the world where the United States partners most in producing goods and services. An agreement on North American trade should allow the private sector to again focus on how best to strengthen the ability of all three countries to compete in the world and to prepare for future global competition.

There is a very substantial agenda to tackle together as all three of North America’s economies seek to adapt to new technologies, to develop the continent’s workforces, and to better meet the competition from China and others.

Q: Is the new deal worth the strain that was put on the US-Canada relationship?

Wayne: Perhaps the biggest costs of the last two years is the harm done to political goodwill by the sharp insults and criticisms made by senior US officials about the United States’ two neighbors.  Favorable public views of the United States dropped significantly in both Mexico and Canada. These two nations are vital partners in homeland security, in international affairs, and in many other areas as well as in economic matters.  It is key that US leaders and officials now invest in rebuilding confidence with Mexico and Canada and in cementing practical cooperation for the good of all three countries.

Q: What are the prospects for the deal winning congressional approval?

Wayne: We will get a better sense of the prospects for US congressional approval as we see the analysis and commentaries from key business, agriculture, union, consumer, and other stakeholders and after we have seen the analysis and conclusions of the study by the US International Trade Commission on the USMCA.

Approval is clearly not a slam dunk. It will be more complicated if the congressional power balance shifts significantly after the November elections.

Image: US President Donald J. Trump delivered remarks on the United States-Mexico-Canada Agreement (USMCA) during a news conference in the White House Rose Garden in Washington on October 1. (Reuters/Leah Millis)