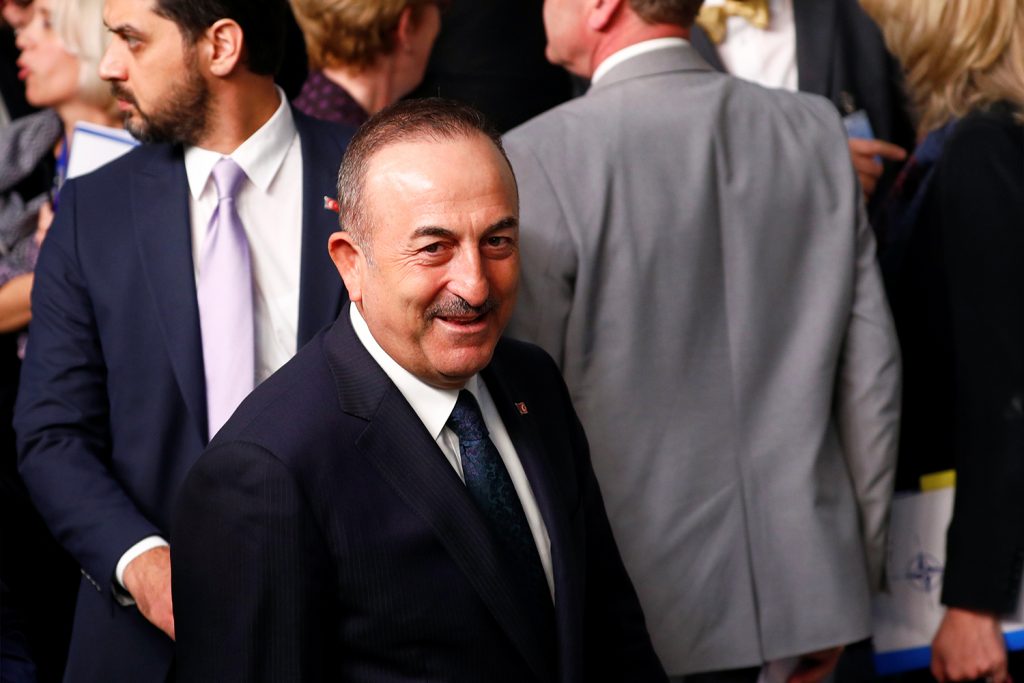 While policymakers around the world have focused on national solutions to limit the spread of the novel coronavirus (COVID-19) and the economic damage of widespread social distancing measures, more needs to be done at an international level to coordinate a joint response, according to Turkish Foreign Minister Mevlüt Çavuşoğlu. “We can only eradicate this threat through collective effort,” he said, arguing that world leaders will either “try to confine ourselves within our borders and negate what we have achieved in the last century, or we will prevail together with more cooperation and solidarity.”

Speaking at a virtual event moderated Atlantic Council IN TURKEY program director Defne Sadıklar Arslan and Turkish Heritage Organization President Ali Çınar on April 14, Çavuşoğlu described the current pandemic as “the ultimate stress test for the entire world. It has revealed our vulnerabilities it has also shown our strengths. We have seen that good governance and effective state capacity matter.”

While conceding that “many countries at the beginning didn’t take coronavirus seriously,” he argued that Turkey “started early and has benefitted” from “decisive” steps, such as banning international flights, restricting travel to large cities within Turkey, mandating work shifts for public employees, establishing curfews for at risk populations and high traffic times, and making preparations to distribute free masks to all residents. So far, Turkey has recorded 61,000 cases and nearly 1,300 deaths, and has conducted more than 400,000 tests.

But Çavuşoğlu maintained that “individual efforts will not be enough,” to contain the virus. “A global challenge requires a global response,” and it is here that the Turkish foreign minister is the most concerned. He lamented that the United Nations Security Council “met to discuss the pandemic almost four months after the outbreak,” describing this delay as “unbelievable” and “outrageous.” He argued that the inability for the Security Council to respond to this crisis—added to its failure to bring an end to the conflicts in Syria, Libya, Yemen, among others—means that “the need for reform is greater than ever, but I am not holding my breath.”

Çavuşoğlu pointed to the Group of Twenty (G20) as a more appropriate venue for a joint international response, especially as the world braces for an economic crisis that may pale in comparison to the financial crisis of 2008-2009. The G20 “is more representative” than other international venues, he argued, but cautioned that “one can debate whether it is living up to its promise right now.” Çavuşoğlu said the MIKTA group of Mexico, Indonesia, South Korea, Turkey, and Australia are pushing the G20 to come up with a more coherent global response and Ankara is working with other G20 member states such as Canada on proposals to set up “a coordination mechanism” to “assist each other and resolve common issues.”

The foreign minister also praised the work of NATO’s Euro-Atlantic Disaster Response Coordination Centre (EADRCC), which has “so far done a good job in coordinating and mobilizing the assistance among allies.” Çavuşoğlu noted that Turkey has already sent medical equipment to allies Italy, Spain, the United States, and the United Kingdom, including a shipment utilizing NATO’s Rapid Air Mobility initiative. Çavuşoğlu also said Turkey had granted export permits to Hungary, Slovakia, Romania, and Bulgaria to help them secure medical equipment more quickly. These efforts have demonstrated that “NATO will continue to be one of the most effective platforms and it will emerge even stronger after the pandemic is over,” the foreign minister added. Throughout this crisis, he said, “NATO [has] proved it is a strong alliance.”

But as leaders continue to coordinate responses to their own outbreaks, they must not forget the plight of other vulnerable populations, especially refugees, Çavuşoğlu argued. The foreign minister said the Turkish government was providing as much aid as it could to the more than 9 million Syrians who are living either in Turkey or in areas of Syria where Turkish supplies can reach them. He explained that “social distancing or physical distancing and medical isolation…are hard to practice in the Idlib region,” given the destruction, made even harder by the targeting of medical facilities by the regime of Bashar al-Assad. “Tackling the pandemic there is very difficult,” he said, warning that “we are concerned that [the pandemic] may trigger another wave of refugees into Turkey” as “another 1.5 million Syrians are at our doorstep.” He argued that the “international community must act before it is too late for Idlib and Syria,” which “desperately needs more foreign assistance and a solid international response plan, which we don’t have right now.”

Whether in Syria or elsewhere such as Libya or Yemen, Çavuşoğlu said the pandemic should force global leaders to call a general ceasefire on the many regional conflicts which could make the crisis worse. He noted that the March 5 ceasefire in Syria is holding but it is “crucial to maintain it as it will facilitate COVID-19 prevention.” He argued that the pandemic will “disrupt humanitarian aid flow and divert attention from conflict prevention,” potentially allowing proxy wars and other conflicts to spiral out of control. “Everyone will lose if the current conflicts in the Middle East continue,” he maintained.

While many larger economies have passed significant coronavirus relief packages, many middle- and low-income countries are in dire straits—suffering the full impact of the pandemic and global economic crises. World leaders in their meetings need to make decisions to significantly increase the lending capacity of the IMF to meet the urgent needs of these countries.

Pandemic may replace the nation-state: But with what?