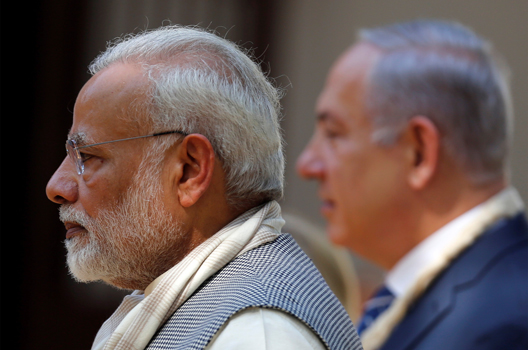 Saudi Arabia had implemented a ban on Israel-bound commercial flights using its airspace for the past seventy years as the two nations do not have official diplomatic relations. Although the Kingdom has yet to formally recognize Israel, this recent over-flight approval is a notable departure from past policies amidst a growing stream of reports on enhanced, albeit non-public, Saudi-Israel cooperation. This enhanced cooperation links back to shared concern over an increasingly assertive Iran, which poses a larger threat to the strategic interests of both countries than they are to each other. Additionally, it is fitting that the decision was awarded to Air India, given the growing convergence between India and the Gulf nations.

It seems that Saudi Arabia’s Crown Prince Mohammed bin Salman (MbS) has played his cards wisely. He has signaled a willingness to question long-held assumptions about Saudi recognition of Israel by allowing any airline flying directly to Israel over-flight privileges, without actually changing Saudi’s position vis a vis Israel itself.

Using Saudi air space for a direct Delhi-Tel Aviv route will significantly decrease fuel costs for Air India, ticket costs for travelers, and shorten flight time by nearly two hours. This is likely to deal a commercial blow to Israel’s own airline, El Al. To date, El Al has been the only carrier to offer direct flights from Israel to India, operating an eight-hour route between Tel Aviv and Mumbai that crosses the Red Sea before turning eastward. It will, however, increase overall flights to Israel, a priority for Israel’s Ministry of Tourism, which will reportedly give Air India a 750,000 euro grant to operate their new direct flight.

Netanyahu is likely to perceive this move as a diplomatic win for Israel. Nonetheless, MbS signal to Netanyahu and others that to achieve more direct benefits, Israel will need to take steps in Saudi’s direction. Those steps may relate to the ongoing peace process or reaching a mutually acceptable negotiated solution to the Israeli-Palestinian conflict, which MbS needs for his domestic political ambitions if he is to carve out space for additional creative maneuvers.

India’s role at this critical geopolitical juncture is paramount, in light of its growing relations with the Gulf Cooperation Council (GCC) and Israel. Further, India has a vested interest in the stability of the Middle East by virtue of its dependency on the region for energy security, foreign investment, and commitment to the welfare of the six million Indians that reside in the region.

The South Asian giant’s longstanding ties with Saudi Arabia and Israel have grown under the purview of its outward-looking Prime Minister Narendra Modi. Demonstrating regard for the relationship, Riyadh honored Modi with the King Abdul Aziz Order of Merit during his state visit to the Kingdom in April 2016.

Consolidated by the presence of 2.8 million Indian expatriate workers and burgeoning energy and commercial ties (Saudi Arabia is India’s fourth largest trading partner and India is its largest oil importer), India’s ties with the Kingdom have also quickly taken on defense and security dimensions. In 2012 Indian terrorist Abu Jundal was extradited from Saudi Arabia where he was in hiding on a Pakistani passport. Additionally, during his 2016 trip to Saudi Arabia, Modi signed agreements “covering intelligence sharing on terrorism financing…and enhancing defense cooperation.”

Despite India’s age-old ties with the petro-monarchies of the Gulf, it has struck a solid balancing act by also rapidly expanding ties with Israel. India is now a top customer of Israeli defense manufacturers, with an estimated $1 billion in annual defense deals. During Netanyahu’s first visit to India in January of 2018, both heads of state affirmed the positive trajectory of bilateral ties despite divergent policies on Iran and Palestine.

While Netanyahu would undoubtedly have preferred these over-flight rights for El Al, Saudi Arabia’s decision to start with Air India and Israel’s decision to support such is evidence of all parties’ pragmatism. Their willingness to look beyond existing disputes in their respective bilateral relationships in favor of a business-savvy transaction with symbolic importance may eventually yield space for more strategic breakthroughs.

Rachel Brandenburg is director of the Middle East Security Initiative in the Atlantic Council’s Scowcroft Center for Strategy and Security. You can follow her on Twitter @Brandy0410.

Bharath Gopalaswamy is director of the Atlantic Council’s South Asia Center. You can follow him on Twitter @BharathGopalas1.