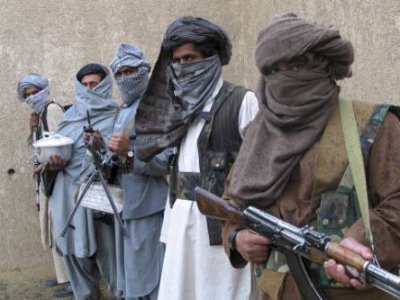 The death of al Qaeda leader Osama bin Laden at the hands of Navy SEALs brings to a close a chapter that began more than fifteen years ago when the terrorist group declared war on the United States. As President Barack Obama noted in his address to the nation, “Justice has been done.”

While pundits have already begun speculation on who will succeed bin Laden at the head of al Qaeda, with Ayman al-Zawahiri tipped as the likeliest candidate for the role, such discussions miss the bigger picture. Ironically, it has been during the last decade, while bin Laden was on the run, that al Qaeda finally began achieving the objective that had eluded it in the years before the 9/11 attacks on the New York and Washington: the unification of other militant Islamist groups under its strategic leadership. Since bin Laden famously eluded capture at Tora Bora in December 2001, al Qaeda has established a regional branch in the Arabian Peninsula, acquired “franchises” in Iraq and North Africa, and, most recently, been offered the allegiance of another potential franchisee in Somalia.

While the operational capabilities of al Qaeda’s central core have been severely degraded and its senior leadership relentlessly hunted, the network’s regional organizations have grown stronger. All have attacked Western interests in their respective areas and al Qaeda in the Arabian Peninsula (AQAP) has attempted to extend its reach as far as the United States, with the foiled attempt to bomb cargo planes last fall. In recent years, al Qaeda’s central organization was concerned more with establishing the broad ideological program (manhaj) for the network, rather than maintain command and control of its branches and franchises.

In fact, al Qaeda has largely left the regional units to plan and carry out attacks, both within their territories and beyond, requiring only that they defer to its preeminent position. For example, there is no reason to believe that the leadership council of al Qaeda in the Islamic Maghreb (AQIM), the former Salafist Group for Preaching and Combat (GSPC) which pledged its allegiance to bin Laden in 2006, was involved in planning the kidnapping of seven expatriates connected with the French nuclear group AREVA, including five French citizens, in Niger last September—the assault was carried out by one of the two operational units (katibats) in the group’s largely autonomous southern region—much less that al Qaeda’s senior command was. However, once the hostages were seized, AQIM’s emir, Abdelmalek Droukdel, a.k.a. Abu Musab Abdel Wadoud, declared that France should negotiate directly with bin Laden for their release.

Moreover, as al Qaeda’s organizational structure has devolved, the various regional organizations have been left to develop their own links between themselves, often predicated on personal, rather than formal or hierarchical, links. This has led to various instances of cooperation as well as exchanges of technology and other information. For example, the AQAP suicide bomber who killed four South Korean tourists and their local guide near the ancient fortress city of Shibam in Yemen’s Hadramut (coincidentally, Osama bin Laden’s ancestral home region) in March 2009, Abdel Rahman Mehdi al-Aajbari, underwent training at a camp in a part of southern Somalia controlled by al-Shabaab, the Islamist insurgent group that has aligned itself to al Qaeda, before returning to his native country to carry out the attack. The same is believed to be the case with the suicide bomber who, three days later, hit a convoy carrying the South Korean ambassador and investigators sent to look into the earlier attack. For another, last Thursday’s suspected AQIM attack on the Argana Restaurant in Marrakesh, Morocco, which left sixteen people dead, involved a bomb containing two ingredients, triacetone triperoxide (TATP) and pentaerythritol tetranitrate (PETN), which were also found in the explosives used by shoe bomber Richard Reid and underwear bomber Umar Farouk Abdulmutallab as well as the London subway bombings in 2005—underscoring the extent to which “best practices” are shared throughout the al Qaeda network.

President Obama rightly asserted that the killing of bin Laden “marks the most significant achievement to date in our nation’s effort to defeat al Qaeda.” However, given how al Qaeda has evolved in the years since it was driven from its sanctuary in Afghanistan in late 2001, the elimination of bin Laden—and, eventually, of Zawahiri, for that matter—will significantly impact neither the capacity of the network’s regional branches and franchises nor their ability to cooperate with each other. Thus the next chapter in the struggle to destroy the al Qaeda may well focus on figures and groups whose names may not be as iconic as that of bin Laden, but whose threat is just as deadly.