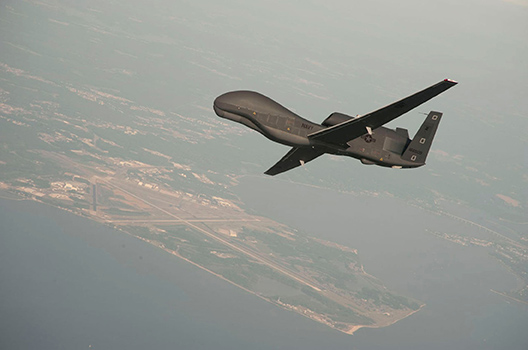 If the United States decides to strike back at Iran for its shooting down of a US drone on June 20, “the escalatory spiral” in the region “will only continue with potential disastrous consequences, according to Barbara Slavin, director of the Future of Iran Initiative at the Atlantic Council.

Iran’s Islamic Revolutionary Guards Corps (IRGC) reportedly shot down a US Navy RQ-4A Global Hawk surveillance drone after the unmanned vehicle “violated” Iran’s airspace, Iranian officials said. US officials maintain that the drone was still in international airspace at the time of the attack. US President Donald J. Trump tweeted in response to the attack that “Iran has made a very big mistake!”

The downing of the drone comes shortly after two commercial tankers were damaged in the Strait of Hormuz on June 12, which US officials believe was the work of Tehran. The United States also blamed Tehran for similar attacks on four oil tankers off the port of Fujairah earlier in May. On June 17, an Iranian official announced that Tehran would soon breach a limit on its low-enriched uranium production set by the 2015 Iran nuclear deal—known as the Joint Comprehensive Plan of Action (JCPOA). The United States withdrew from the JCPOA in 2018 over concerns that it did not effectively curb the Iranian nuclear program or Tehran’s malign influence in the Middle East. The United States has since slapped several series of sanctions on Iran, including attempts to cut off all of Iran’s oil exports.

According to Slavin, the sporadic attacks between Iran and the United States and its allies in the Persian Gulf is new. “There had been no such incidents for years until the United States essentially declared economic war on Iran.”

Holly Dagres, a nonresident fellow with the Middle East Security Initiative in the Atlantic Council’s Scowcroft Center for Strategy and Security and editor of the Council’s IranSource blog, argued that now “the international community needs to step in and ensure this doesn’t escalate beyond the firing of statements or a retaliatory strike that could lead to an escalation of hostilities.

Trump indicated that he does not view the attack on June 20 as an intentional provocation of the United States by Tehran. “I find it hard to believe it was intentional,” he told reporters in the Oval Office. “Probably Iran made a mistake. I would imagine it was a general or somebody who made a mistake in shooting that drone down.”

Slavin believes the string of incidents over the last several weeks means “it is time for diplomats to meet to discuss ways of getting out of this mess.” The Trump administration’s policy of “maximum pressure” on Tehran “has been a maximum failure,” she argued. “If the Trump administration truly wants a better deal” than the JCPOA, “and not another failed state in the Middle East, the president should name an envoy with a proven track record of working with Iran to resolve regional conflicts,” she added.

Matthew Kroenig, deputy director of the Scowcroft Center for Strategy and Security disagreed, saying the attack on the US drone “shows that the US maximum pressure strategy is working. The Iranian regime is being squeezed and it is engaging in increasingly reckless behavior in a desperate—but I believe ultimately futile—attempt to frighten the United States into backing down.”

One thing for certain was clear, Slavin said: “the situation now is extremely perilous.”