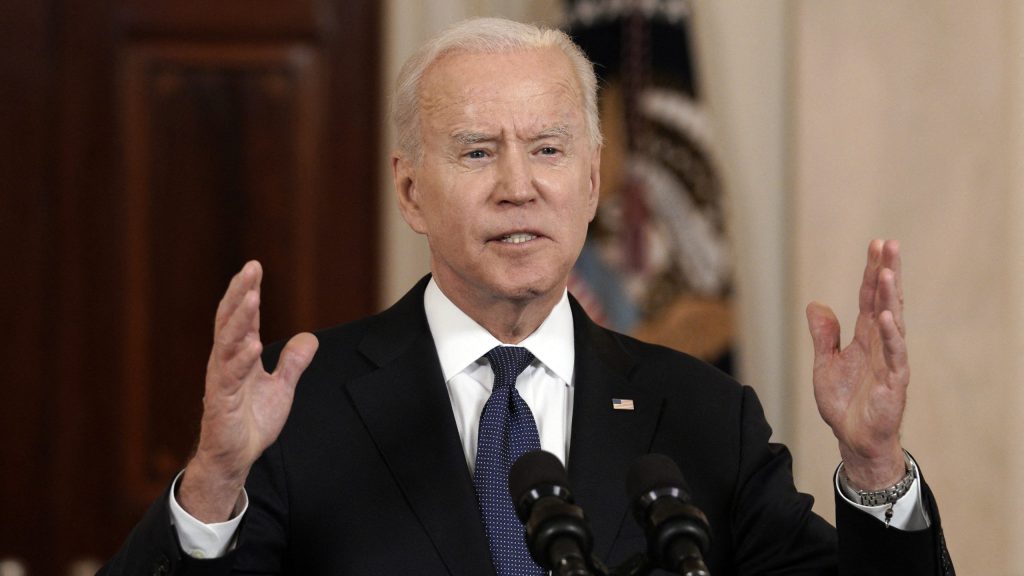 Regional integration. It’s one of the overarching themes of US President Joe Biden’s trip to Israel and Saudi Arabia this week—and might sound out of place in the famously volatile and conflict-prone Middle East. But it shouldn’t: While previous US presidential trips have focused on resolving the Israeli-Palestinian conflict, managing the Iran nuclear program, promoting democracy, or visiting troops in active conflict zones, something new is brewing in the Middle East.

And Biden knows it. The White House is seizing on two significant developments, both inherited from the Trump administration, and carrying them several steps forward to reshape the region in a way that would serve both US and local interests.

Biden will highlight the US commitment to expand this trend of normalization. He will participate in a quadrilateral virtual summit with the leaders of Israel, the UAE, and India (in the so-called I2U2 format); he hopes to announce steps by Saudi Arabia toward eventual normalization, such as permitting Israeli civilian overflights in its airspace; and he will encourage parties to the Negev Forum—which includes Israel, Egypt, the UAE, Bahrain, Morocco, and the United States—to develop their budding regional organization with practical projects that benefit their citizens (while also opening the door for Jordan to formally join and for the Palestinians to participate).

The second major regional development is Israel’s inclusion in the US Central Command (CENTCOM) area of responsibility, which oversees military operations and relationships across the Middle East. Formalized in early 2021, Israel’s move from the jurisdiction of US European Command to its natural geographic home in CENTCOM has been transformative: Previously sub-rosa security dialogues between Israel and Arab states are now conducted much more openly. Israel signed a formal security agreement with Bahrain, which included the placement of an Israeli liaison officer at US Fifth Fleet headquarters in Manama. Israel and numerous Arab militaries, including from countries who have not yet normalized relations, now participate in more frequent and intensive joint exercises, planning, and exchanges under CENTCOM’s umbrella than ever before.

While in Jerusalem—and when meeting other regional leaders in Jedda, Saudi Arabia later in the week—Biden will advocate integrating the air defenses of Israel, Egypt, Jordan, and the Gulf states to defend against the threat of ballistic missiles and unmanned aerial systems launched by Iran and its proxies in Iraq, Yemen, Syria, and Lebanon. As the Iran nuclear talks near a decision point, Biden will underscore the US commitment to ensuring that Iran never acquires a nuclear weapon—a key element incentivizing this long-sought defense cooperation among US partners.

A coalition of Mideast partners

Together, these trends point to the emergence of a regional coalition of moderate US partners who face common security threats and share similar social, economic, energy, and climate-related challenges. Greater than the sum of its parts, this coalition could have the primary responsibility of tending to its own security needs, with the United States playing an active support role. Beyond the security sphere, they are positioned to work together to seize opportunities in technology, trade, agriculture, water and food security, energy, health, and education. Over time, the coalition can be supported by a broad multilateral regional architecture bringing together leaders at regular high-level gatherings to make strategic decisions and set agendas. It could also engage ministers, experts, and specialists in various fields throughout their respective state bureaucracies to ensure any decisions reached are actually implemented.

The net effect of this kind of structure would be to demonstrate deeper and broader benefits of normalization to more of these countries’ citizens, and to hold up this regional grouping as a club that others want to join. (The Atlantic Council is contributing to this process with the N7 Initiative, which brings Arabs and Israelis together in targeted conferences to develop actionable ideas for their governments to implement.)

Such a coalition would be profound for US interests both within and beyond the Middle East. In the region, it would be a recipe for a sustainable US presence. While the United States maintains tens of thousands of troops and ample naval and air power in the region, the actions of three consecutive administrations have raised questions among Washington’s regional partners about the reliability of its commitments. While exaggerated, that fear is also shaped by the mood of the American people, who, after the wars in Iraq and Afghanistan, have little appetite for major military entanglements in the Middle East.

But with this emerging coalition, the United States can be a strategic partner to regional states who take the lead collectively in meeting their own needs; it will not always need to be the tip of the spear. A US presence calibrated to play this role is far more likely to sustain ongoing bipartisan support, enabling the United States to protect its interests and meet its commitments.

As the key partner to this coalition, the United States is also better positioned to gain its members’ commitment to support core US interests when those are challenged by global rivals Russia and China. With his trip framed by the war in Ukraine, Biden will argue for increased oil production to lower global prices in order to toughen the bite of sanctions against Russia and make non-Russian energy supplies available to European markets. But the same principle applies in other scenarios: Whenever the United States has core strategic interests at stake—such as in pushing back on China’s attempts to build a military base in the UAE, acquire sensitive Israeli technologies, or threaten Taiwan—it can insist that its Middle East partners act like partners.

Give Biden credit: With the crushing crises he faced upon taking office, the Middle East was never going to be a top priority. But halfway through his second year in office, opportunity and necessity are shaping a meaningful strategic initiative in the region that could reap benefits for US interests for many years to come.

Daniel B. Shapiro is a distinguished fellow at the Atlantic Council and a former US ambassador to Israel. 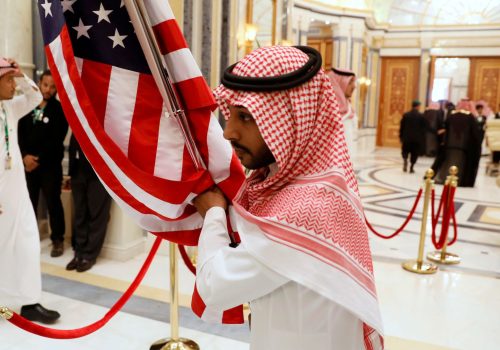 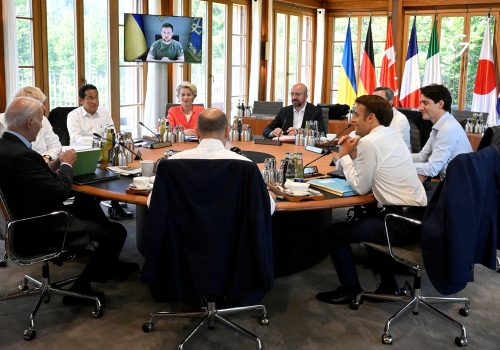 Image: US President Joe Biden delivers remarks on the Middle East in the Cross Hall at the White House in Washington on May 20, 2021. Photo by Yuri Gripas/ABACAPRESS.COM/REUTERS