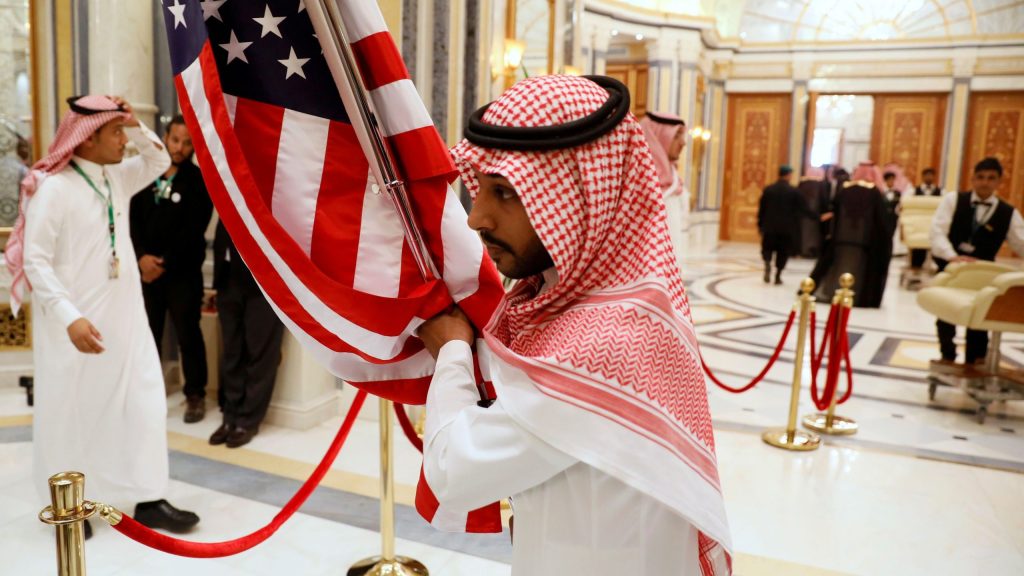 When he arrives in Riyadh this week, US President Joe Biden is poised to finally end the purgatory in which the US-Saudi relationship has languished since his inauguration. To many Americans, meaningful engagement with the Saudi government remains anathema given Saudi Arabia’s heavy-handed prosecution of the war in Yemen and the brutal murder of Washington Post columnist Jamal Khashoggi, both of which generated rare bipartisan condemnation. These events are stark reminders that whatever social progress Crown Prince Mohammed bin Salman (MBS) has brought to his kingdom, the trademark characteristics of Saudi autocracy remain prominent.

Still, the Biden administration faces a simple truth: The United States cannot ensure its economic and national security as successfully without Saudi Arabia as a key ally. In the coming years, the country will remain at the center of a variety of interests vital to the United States, including maritime security in the Red Sea and Arab Gulf, counterterrorism, and addressing threats from Iran and its regional proxies. And while the United States does not depend on oil from the Middle East, at least some of its European and East Asian allies will almost certainly be more reliant on it as they move away from Russia’s in the coming years.

This is why reestablishing an effective working relationship between Riyadh and Washington will be Biden’s priority this week. All other pressing US security interests aside, the administration’s strategic and adversarial global competition with Beijing is reason enough to reset relations with Riyadh: China’s growing economic, diplomatic, and military efforts in the Middle East mean Washington needs to push back against China there as well. While it is unlikely to halt the expansion of economic and some military ties between Riyadh and Beijing, permanently downgrading the US-Saudi relationship would leave China to dominate the Gulf’s economic and security spheres—something that is clearly not in US interests.

The good news for Washington is that its relationship with Saudi Arabia is symbiotic. MBS retains a strong preference for US equipment and security guarantees at a time when Washington remains by far the largest military supplier to Saudi Arabia, accounting for approximately 80 percent of Riyadh’s defense acquisitions. Moreover, Riyadh is aware that while China is the biggest importer of Saudi oil, it’s also the biggest importer of oil from Iran; as long as Saudi Arabia views Iran as an existential threat—and knows the United States is willing to defend the kingdom in a way China has not demonstrated it would—it’s unclear how far the relationship between Riyadh and Beijing can develop.

That provides Washington sufficient leverage to adjust some of the contours of its relationship with Riyadh and rebuild it in a more stable manner. The administration’s efforts to generate an agreement between Egypt, Israel, and Saudi Arabia that would hand over the strategically important islands of Tiran and Sanafir in the Gulf of Aqaba to the kingdom is a meaningful starting point to enhance both regional and US security. Meanwhile, the decision by OPEC+ to boost production—after months of refusing US requests to do so—reflects Riyadh’s own desire to improve the relationship. During his trip this week, Biden should leverage this momentum to generate a broader set of agreements.

What both sides should offer

First, Biden should obtain MBS’s explicit agreement that Saudi Arabia will not host any Chinese military base or dual-use port (similar to the one Beijing was accused of setting up in the United Arab Emirates). Second, Riyadh must coordinate with the United States before making any final bilateral agreements with Iran. Saudi Arabia has been among the most vocal opponents of US engagement with Iran over Tehran’s nuclear program; it cannot now seek to unilaterally advance ties with Iran in a manner that would undermine the very regional opposition it so vocally advocated. Third, Biden should emphasize that Saudi assassinations of dissidents will result in the United States canceling contracts for preferred weapons systems (and be prepared to follow through). Such acts, as well as domestic kidnappings and false imprisonments, undermine Saudi Arabia anyway because they challenge Riyadh’s narrative of the kingdom as an emerging, modern economic power.

Finally, Saudi Arabia should agree that, for the next twenty-four months, OPEC+ will reduce to zero any spare oil production capacity. While that alone would not guarantee lower gas prices in the United States and Europe, it would almost certainly contribute to them.

In return, Biden should provide Saudi Arabia new security guarantees in the event the kingdom faces a significant attack by Iran or its proxies. Second, he should pledge not to remove any PATRIOT missile batteries for the next three years (notwithstanding in exceptional circumstances, such as a US war with Russia or China). Washington is frustrated that Riyadh’s view of the US security commitment is largely based on the provision of PATRIOT missiles, which are an important defensive tool but just one type of support the United States provides. The White House should work to change that perception; while doing so will take time, in the interim the United States should not yank away the shroud Riyadh values most.

Third, Biden should consider listing Yemen’s Houthi rebels as a foreign terrorist organization if they attack Saudi Arabia again. And finally, he should offer to have the Department of Commerce connect additional US and Saudi companies—especially in sectors such as green energy, and in service of Saudi Arabia’s new futuristic city of NEOM—and order the US Trade Representative to prioritize the development of additional trade in non-oil sectors.

Stabilizing the US-Saudi relationship, which should not simply revert to what it was during the Obama or Trump administrations, will take time. But ultimately, both countries have more to gain by working together than by going their separate ways. 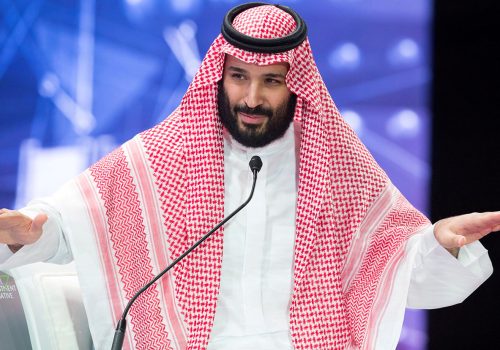 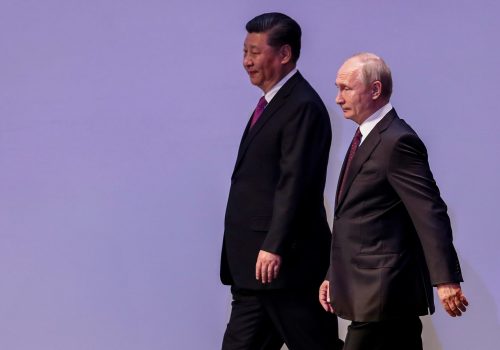 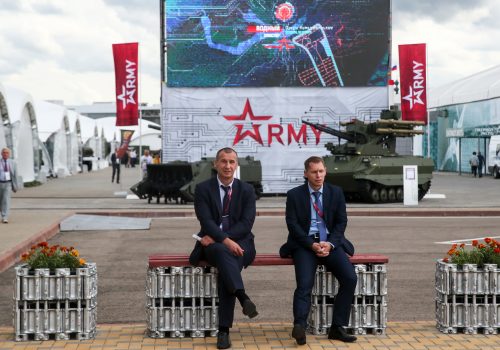 Moscow’s ongoing relationship with Tehran—which Russia will not give up for the sake of improved relations with the Kingdom—is likely to induce Riyadh to keep its improving ties with Moscow within bounds.

Image: A worker carries a US flag into a meeting room ahead of former US President Donald Trump's meeting with Gulf Cooperation Council leaders in Riyadh, Saudi Arabia, on May 21, 2017. Photo by Jonathan Ernst/REUTERS/File Photo