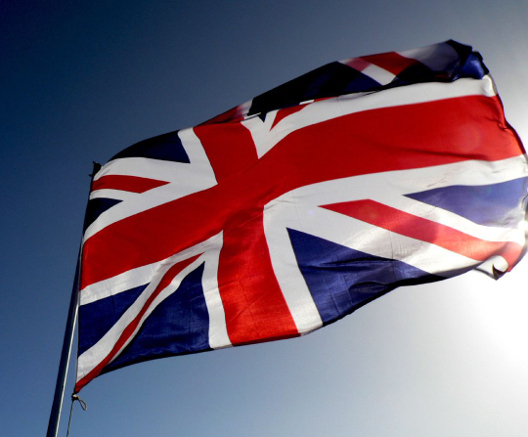 UK Withdrawal from the EU Would be a Double Loss

Britain is one of the United States’ most important relationships, but Britain’s position within the EU is central to its importance. A UK exit from Europe would weaken the geopolitical position of Britain and change the EU and Europe in ways which could be detrimental to US interests.

The US has been a long-standing supporter of both European integration and a British role in the European project. The US-designed Marshall Plan for assisting the reconstruction of Europe required European unity and cooperation as a means of facilitating reconstruction and security. When in 1962 retired US Secretary of State Dean Acheson said, “Great Britain has lost an empire and has not yet found a role” he immediately followed it with another clear statement: “The attempt to play a separate power role apart from Europe, a role based on a ‘special relationship’ with the US and on being the head of a ‘commonwealth’ which has no political structure, unity, or strength – this role is about played out.” The part about playing “a separate power role apart from Europe” is often overlooked, not least by the British. Acheson’s speech reflected growing opinion in Washington DC that has led US administrations from Kennedy onward to push for UK participation in European integration.

US support for a strong British role in Europe helped create fear that Britain was an “American Trojan horse” set to sabotage European unity on behalf of Washington. No one personified these fears more than French President Charles de Gaulle, who twice vetoed UK entry into the Common Market. Yet these fears overlooked the USA’s close relations with other major continental European powers, especially Germany. And they misunderstood the fundamental interest the United States had in European unity on economic and security grounds, concerns born from its involvement in two World Wars centered around Europe.

Fears of the UK serving as a Trojan horse for America resurfaced during the bitter European disputes over the Iraq War. And indeed, throughout the 1990-2000s – and particularly under the Bush administration – Washington would on occasion cherry pick the diplomatic support of individual member states to advance broader diplomatic goals. Yet in backing the US over the 2003 Iraq War, the UK was not alone in the EU, with the then governments (if not necessarily the citizens) of sixteen of the current twenty-eight member states, supporting the war in some way. Moreover, just two years after the Iraq war, President Bush made very clear in his 2005 trip to Brussels that the United States had an enduring interest in a strong, successful European Union.

The American Interest
The Obama administration has continued the Bush administration’s support for a strong and united EU, with the UK as an engaged member. US policymakers increasingly appreciate that US power is reduced from just a decade ago, if only in relative terms. Unilateralist impulses have been replaced by a search for like-minded and reliable allies capable of helping to advance common Atlantic values. As President Obama made clear in his state visit to the UK in 2011, Europe remains the cornerstone for US global engagement and the greatest catalyst for global action in the world today.

From the perspective of Washington, the UK and EU are increasingly bound together, and must remain so if the transatlantic relationship is to remain healthy and relevant in a world marked by the profound shift of power and economic influence away toward the East and the South.

In the medium term, the US will seek to work through NATO or through coalitions of the willing on key issues. But in the longer-term, the US will likely need a strong and coherent EU to advance common interests and values in a globally competitive world. And as Obama’s then Assistant Secretary of State for European and Eurasian Affairs, Phil Gordon, declared in a visit to London in January 2013: “We welcome an outward-looking European Union with Britain in it. We benefit when the EU is unified, speaking with a single voice, and focused on our shared interests around the world and in Europe. … We want to see a strong British voice in that European Union. That is in the American interest.”

The United States has expressed frustrations at Europe’s inability to act coherently in the world either through the EU or NATO. The EU’s own problems, especially those in the eurozone, leave the United States concerned about the damage a eurozone collapse could cause to both Europe and the United States. Though the US realizes a phase of naval-gazing is inevitable while the EU deals with its eurozone challenges, it nonetheless finds it frustrating. This adds to fears the EU is too inward-looking in general.

From Washington’s perspective, British membership the EU enhances the prospects for the EU and US cooperation. American and British alignment on a range of issues – such as economic liberalization, free trade, and security outlooks – makes UK membership in the EU in the direct interest of the United States. Efforts to reform the EU, to make it more responsive and dynamic, are therefore welcomed by Washington. However the United States is also alert to concerns from other member states that British efforts here are more about British domestic politics and national interest, and not those of either the EU or stable transatlantic relations.

The Transatlantic Trade and Investment Partnership (TTIP) has emerged as a crucial focus of US-EU relations. For the United States this deal is not simply about trade. If successfully negotiated, it could shift the center of gravity of transatlantic relations from NATO toward a US-EU relationship. Britain has been central to efforts to move this forward, thanks in no small part to its position as one of the United States’ largest trading and investment partners. But Britain’s strained relations with the EU haunt negotiations.

While a TTIP without the UK (in the case of its secession from the EU) would not be impossible – indeed, the United States and other EU members have warned this could happen – it would be a more difficult deal to secure, especially in Washington, where it would be a more difficult sell to Congress. Talk of Britain joining NAFTA, or securing some other deal with the United States, overlooks how for Washington any such relationship would take place in the shadow of TTIP.

Despite talk of an Asian pivot, the Unites States remains committed to Europe. An improved geopolitical relationship is the prize the United States seeks through TTIP. For Washington, TTIP could be less effective if Britain were not playing a leading part in the EU side of the relationship.

NATO remains an important part of the USA’s relations with Europe, but in part thanks to failures in Europe to organize better on defense or act coherently on security matters, Washington is growing weary of the security alliance. Operations in Libya where the US role proved essential, along with the behavior of states such as Germany over Syria, and the UK after the House of Commons vote, have reinforced concerns. As a result, US concerns that EU defense cooperation could undermine NATO have given way to a desire to see any progress on defense, regardless of the facilitator. Washington see the lack of European capability – be it through NATO or the EU – as the primary risk to NATO and future of transatlantic security cooperation.

Beyond concerns about trade and security, the general political debate in the United States about the UK and the EU can seem lackluster. Relations with the UK are still seen very much through talk about Churchill or Thatcher. While some Republicans lament US relations with the EU, the potential for this to extend into executive policy should the Republicans win the White House is, at best, remote. Moreover, no one in the United States any longer sees the European Union – with its many crises – as a threat to American power, as some did in the late 1990s. Instead, a lazy but popular view of Europe, the UK included, (especially among conservatives) center on it as a place alien to US values and in decline, thanks to such things as socialized medicine and Islamization.

A Brexit: Implications for the United States
For Washingtong, the UK’s geopolitical relevance would be much reduced by withdrawal from the EU. Britain would remain an important ally, with strong economic, social and cultural links. The practical core of any “special relationship” would more than likely remain in nuclear weapons, intelligence sharing, and special forces. The UK’s involvement in US intelligence activities monitoring other EU member states points to how strong this link is. British prime ministers will likely continue the long-standing approach of offering British military contributions to US military operations as a way of securing influence in Washington, in turn securing a continued US defense commitment to the UK. But declining UK military capabilities mean this looks set to be increasingly difficult. Other options will need to be considered. The United States does not see EU membership as limiting the UK to only engaging in European matters. Washington welcomes London’s global engagement, but this is built in part on a foundation of European and transatlantic links. Any efforts by Britain from the outside to play a bridging role between the United States and the EU will not likely be welcome in either party. Britain therefore risks finding itself side-lined in US-EU relations.

Britain must avoid a situation in which a US administration is forced to choose between a deep and special bilateral relationship with the UK, and a more brittle, but much larger and important relationship with the rest of the EU. From the perspective of Washington the Britain and EU are increasingly bound together, and should remain so for the health and relevance of the transatlantic relationship. Nor will Washington appreciate – if anything it will deeply resent – being drawn in to play the part of a counselor to limit the damage, not least to its own relations with its European allies, from a UK-EU divorce.

The United States, like powers such as Russia or China, will not assess Britain’s withdrawal simply in terms of what it means for their relations with the UK; they will assess it in terms of what it means for their more important and larger relationship with the EU. The implications for the EU of a UK withdrawal are generally under researched, but it could make the EU more inward-looking, unwilling to enlarge further, less focused on the Atlantic, and even further from being able to martial the full potential for military and diplomatic power. It will remain dependent on a US security guarantee.

Alternatively, freed of an awkward member it could become a more coherent actor. Whichever way the EU moves, the UK should not expect Washington to disengage from the EU because Britain has withdrawn. If anything Britain’s absence will mean that Washington has to increase its relations with the remaining members of the EU, to the detriment of relations with the UK. There would be no shortage of applicants to fill the position of claiming to be Washington’s closest ally within the EU, and the United States will be keen to build closer relations with them, for example with France, the Netherlands, or Poland. While such applicants might struggle to offer a relationship that could claim to be as ‘special’ as British-American ties, for Washington they will be of increased importance thanks to Europe, and the EU, being an area of the world in which Washington will retain considerable interests.

Jeffrey Lightfoot is Deputy Director of the Brent Scowcroft Center on International Security at the Atlantic Council of the United States. He writes here in a personal capacity. His opinions are their own and should not be taken to represent those of the Atlantic Council.