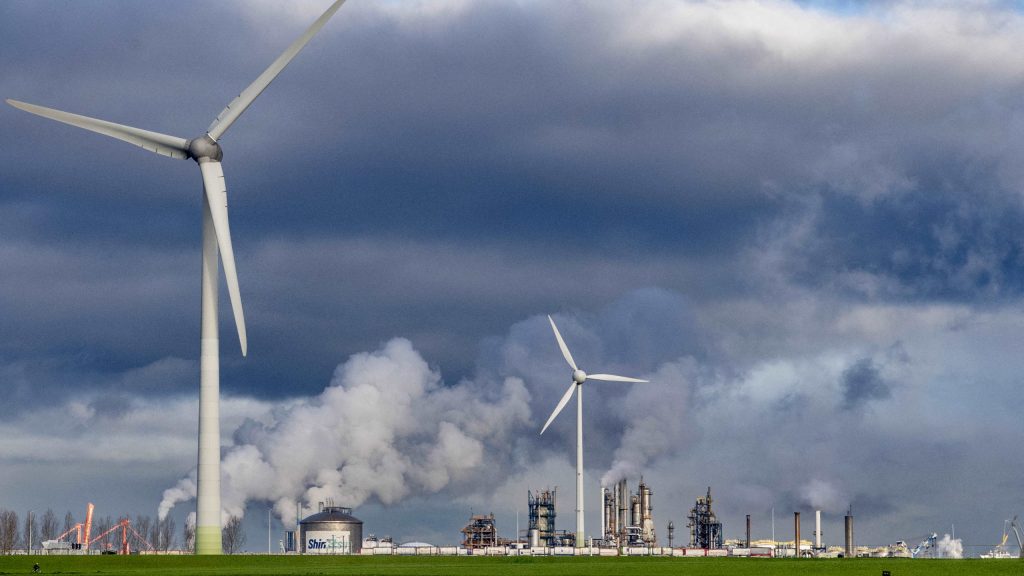 First launched by the United States at the United Nations Climate Change Conference of the Parties (COP26) in November, the First Movers Coalition of companies tackling climate change—primarily by accelerating decarbonization efforts—is set to expand at the World Economic Forum’s (WEF’s) annual meeting in January. And while some observers are skeptical about big business making climate commitments, the move could mark a significant step toward reducing carbon footprints worldwide.

“We can’t get this done without the private sector getting engaged,” David Thorne, senior advisor to US Special Presidential Envoy for Climate John Kerry, told me in November.

A product of a partnership among the US departments of State, Commerce, and Energy, as well as the WEF, the coalition will create market opportunities and benefits for producers and service providers in carbon-intensive industries to adopt low-carbon technologies and purchase low-carbon products from fellow participating companies. Decarbonization is expensive, meaning companies offering lower-carbon products and services face disadvantages—such as an initial “premium cost,” as Thorne describes it—when competing with their high-carbon-intensity counterparts.

That makes it more difficult for low-carbon-intensive products such as cement or chemicals to penetrate the global market.

But the First Movers Coalition aims to minimize those disadvantages. In addition to pushing companies to commit to emissions targets, the coalition will essentially function like a buyers’ club for green products and services. According to Thorne, member companies will jump-start market demand for low-carbon-intensity products and services, which will in turn help lower prices for everyone in the long term.

The coalition is off to a running start with thirty-four founding-member companies focusing on four different industries: aviation, shipping, steel, and trucking. The companies have already established decarbonization commitments; for example, shipping companies committed to use zero-emissions fuels for at least 5 percent of their deep-sea shipping by 2030. Maersk is currently building cargo ships designed to run on green fuels. Such ships are pricier and are more expensive to sail, but as a coalition member Maersk can feel confident that it will have a market for its cargo. Businesses which require shipping, such as Apple, Amazon, and Nokia, have already joined the coalition and have committed to seeking low-carbon solutions for transport.

In the steel industry, meanwhile, companies have committed to purchasing enough near-zero-emissions steel that it makes up at least 10 percent of their annual steel procurement volumes by 2030. Next year, the coalition will expand to include the cement, aluminum, chemicals, and direct-air-capture sectors. Collectively, the eight total sectors to be part of the coalition are responsible for over a third of global carbon emissions.

Lord Gregory Barker, executive chairman of Anglo-Russian metals and green-energy producer EN+ Group, is very excited about the potential market benefits of the First Movers Coalition. He said that “bringing together businesses… through purchasing power will stimulate technology and purchasing relationships.” He also hopes EN+ Group will be able to join the coalition, and that the initiative will blunt the high costs companies face in making and purchasing low-carbon-intensity industrial products and services. For EN+ Group, minimizing those costs would make it easier to invest in new, low-carbon processes for manufacturing aluminum and to upgrade EN+ Group’s smelters to more energy efficient ones. Demand for aluminum is likely to increase 80 percent by 2050, so decarbonized aluminum is essential. In the long term, these investments will help make low-carbon-intensity producers of industrial products more energy-resilient and better prepared to succeed in a future low-carbon economy.

Cemex, one of the largest concrete producers in the world and a founding member of the coalition, recently rolled out its newly developed low-carbon concrete and entirely carbon-neutral cement products to countries around the world. Chief Executive Officer Fernando González believes the First Movers Coalition will not only help “accelerate the development of critical new decarbonizing technologies” but will also allow Cemex’s low-carbon products to enter new global markets. The growth of low-carbon cement could make a major dent in global emissions: In 2019, the cement industry produced 2.3 gigatons of carbon dioxide, which was up to 7 percent of world’s total greenhouse-gas emissions that year, according to International Energy Agency estimates. If it were a country, the cement industry would be the fourth-highest emitter—behind only the United States, China, and India.

Members of the First Movers Coalition also see participation as a positive business strategy, since consumers and other businesses care about the impact of their economic choices on the environment. The market advantages will help give environmentally conscious businesses a competitive boost over their high-carbon-emitting Chinese counterparts. For example, 60 percent of global aluminum production is based in China and is made using electricity from coal-fired power plants. China is also the source of 55 percent of the world’s cement production and accounts for 15 percent of the country’s total carbon emissions. It also produces 57 percent of the world’s steel, 91 percent of which is made using blast furnaces that require large amounts of coking coal—a major source of carbon emissions.

But aluminum, steel, and cement produced in China and made using coal-fired power plants is cheaper than low-carbon alternatives. Seeing environmentalism as both a moral cause and something that sells, the First Movers Coalition will ensure that its members have a competitive advantage over Chinese companies in the global marketplace by offering added value in the form of protecting the environment.

Getting the private sector on board with decarbonization at COP26 was a significant move forward from the Paris Agreement signed at COP21 in 2015. But looking ahead, the task will be to expand both the coalition and the ecosystem of responsible businesses that promote greener enterprise and cooperation. Decarbonization commitments from businesses are the first step, but implementation will require persistence and persuasive market incentives. As designed, the coalition offers buyers the ability to identify and prioritize venders who apply the environmental standards they seek—but whether this will work in practice remains to be seen. Too often, commitments are made and celebrated, only to be relegated in the face of economic and financial challenges.

To help ensure that the decarbonization commitments are honored, the WEF should arrange regular meetings with executives and diplomats designed to showcase innovative and market-ready decarbonization technologies and processes. The diplomats involved in creating the coalition should also actively facilitate long-term contracts for low-carbon-intensity products and services between coalition members. With regular cooperation between diplomats and business executives, the First Movers Coalition could prove that big business can play a valuable role in decarbonizing the future.

Ellen R. Wald is a nonresident senior fellow at the Atlantic Council’s Global Energy Center and the president of Transversal Consulting. 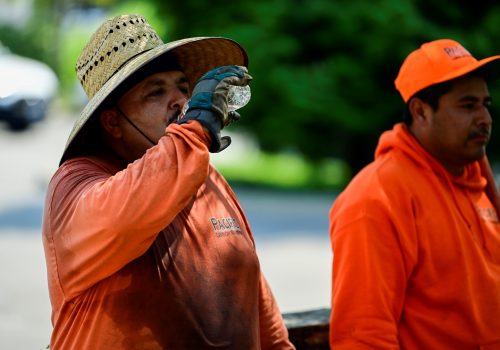 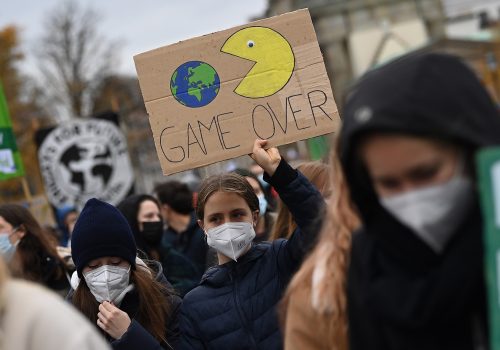 The White House, Pentagon, Department of Homeland Security, and Office of the Director of National Intelligence agree: Climate change poses a serious security threat. Here's what our experts say it really means. 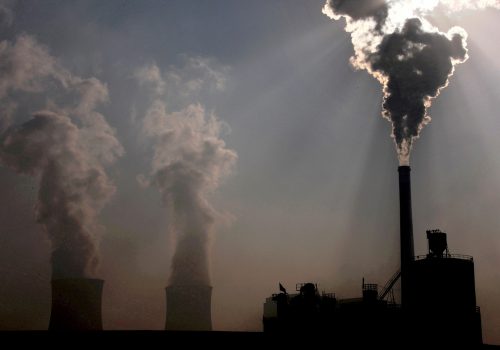