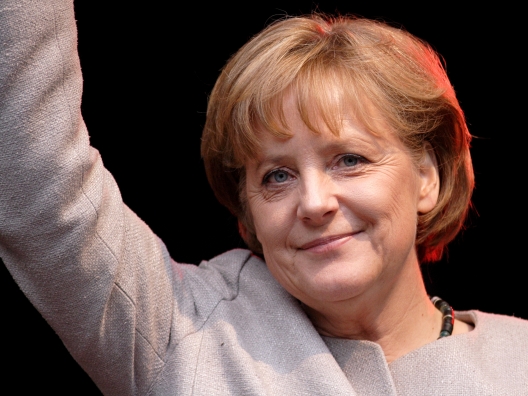 The Oxford English Dictionary defines ‘superpower’ as a “very powerful and influential nation.” On September 22, democratic Germany will go to the polls. Some commentators and politicians are posing what they believe to be a fundamental and existential question implicit in the election – a German Europe or a European Germany? The Economist in a rather silly editorial from an increasingly silly newspaper called upon Chancellor Merkel to ‘rule’ Europe. Not only has Chancellor Merkel not yet been re-elected but to most Germans the very idea of ‘ruling’ Europe is as abhorrent as it is absurd. Germany has no aspirations to be a military superpower but can she become a civil superpower? And will the elections make any difference?

Germany, of course, does not only have recourse to soft power. Any analysis on the role and utility of German force since the mid-1990s suggests a country that is slowly reconciling itself to the use of limited military power. However, the tragic narrative of German history means the use of German military power remains and will remain heavily proscribed. The use of such power for both Germans and others still demands super-legitimacy before the use of arms can be said to be proportionate to German political aims. Indeed, if one compares the future military plans of Britain, France and Germany it is clear that Berlin will remain by far the weakest of Europe’s three significant military powers.

Can Germany be a civil superpower? Germany will always try to exert legitimate influence via civil means long before it considers recourse to military action. To such an end Germany will embed much of its efforts in institutions such as the EU, OSCE, NATO, and the UN. In a sense this makes Germany a balanced unbalanced power. Germany is balanced in the sense that military action remains the very last resort in the minds of the German leadership and people alike. However, she is an unbalanced power in the sense that every other power around Germany believes that power and influence requires a very different combination of civil and military power.

Will the elections make any difference? No. Chancellor Merkel is a here and now politician, a scientist who prefers to deal with the dilemmas and challenges that demonstrably confront her rather than sortie out into the kind of strategy beloved of London and Paris. The SPD’s Peer Steinbruck is a pragmatic social democrat which he demonstrated to effect when he was finance minister during Merkel’s first term grand coalition. Therefore, both are likely to focus on a quiet managerial approach to solving the Eurozone crisis, although Steinbruck might favour deeper European political integration and be less demanding on Greece, Spain and Italy as they struggle with austerity. This would undoubtedly create friction with Britain.

The only real difference between a Merkel-led or a Steinbruck-led Berlin government could be that the former might move to find a special place for Britain in what is inevitably going to become a very different EU. A Steinbruck-led government is far less likely to cut Cameron any slack and re-consolidate the Franco-German partnership with fellow social democrat Francois Hollande.

Therefore, moments of German rhetorical strategic flourish such as the recent call for an EU permanent seat on the UN Security Council will remain precisely that. The real danger to political balance in Europe is a Germany that becomes more influential politically but in so doing will seek to become less powerful militarily. If that happens then any real hope that Europe can influence its world will be lost.

There is another factor which might confound those who envision the emergence of a German civil superpower. To most Germans, Germany does not feel that powerful. They recall all too easily that a few years ago Germany was deemed to be the sick man of Europe. The hyper-inflation that wrecked so many of their great-grand-parents’ lives in the late 1920s and early 1930s is still one of the most powerful warnings from a history still replete with warnings.

Germany is a “very powerful and influential nation” but no superpower – civil or military. Therefore, German power will matter but more important will be the face of German power and how Germany is perceived. Indeed, Germany can only ‘lead’ with the consent of others. That after all is the very essence of modern Europe.