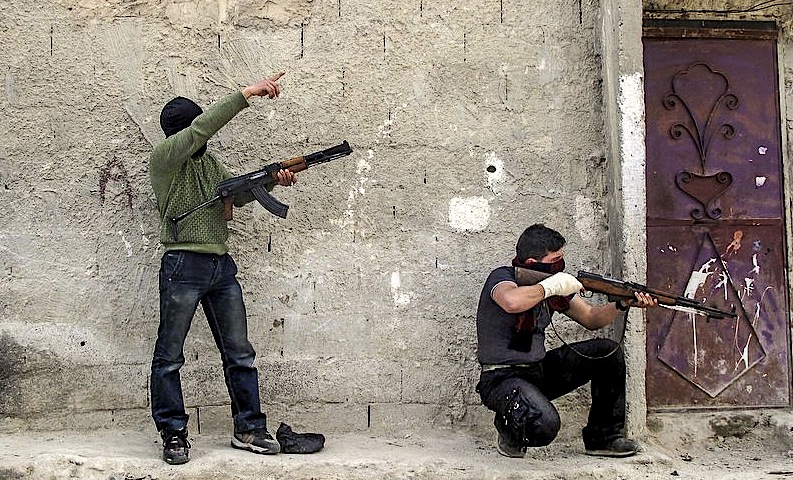 The civil war in Syria reveals many uncomfortable truths about today’s geopolitics. One of them is that the EU has made little progress on a common foreign policy in the last two decades.

When, in the 1990s, the Balkans, once part of the Ottoman Empire, went up in flames, Europeans were divided in their approach and unable to extinguish the fire in their neighborhood.

Now another part of the former Ottoman Empire is going up in flames—Syria, with the conflagration spreading to the entire region—and Europeans are again divided and again unable to play a major role.

France and Britain, the powers that in 1916 drew the lines on a map that would become the new borders in the post-Ottoman Levant, have over recent months pushed for an end to the EU weapons embargo. Both Paris and London want to keep all options on the table, or at least to have a credible threat at their disposal in case the attempts to convene a peace conference fail.

Germany’s main goal, in contrast, is not to be sucked into a conflict that Berlin does not consider a strategic priority. Germany has resisted the push to end the weapons embargo. But it has not proposed a different policy.

The result of the split among the three major European powers is inaction. Even on the diplomatic track, Europeans are observers rather than actors; the United States and Russia are calling the shots. Yet this is a region that the EU has defined as its neighborhood and that is, of course, of major interest for European powers in many other ways, too.

When key European players do not agree on a policy, there is not much that Catherine Ashton, the EU high representative for foreign affairs and security policy, can do. Brussels therefore looks at the Syria conflict primarily through a humanitarian lens. José Manuel Barroso, president of the European Commission, has just announced €400 million in additional help.

European passivity can to a large extent be explained by the U.S. retreat from Europe and its neighborhood. In the past, it was often Washington that united Europeans, enlisting them as allies and leading them toward action: in the Balkans in the 1990s, or in Afghanistan in the early 2000s. Today, it seems that Washington does not want to play that role anymore. In the case of Libya, the United States was already very reluctant to engage; in Mali, it kept to a supporting role. In both cases, France was the force pushing for action. But Syria is too big a conflict for Paris.

France and Britain have at their disposal a range of options, from the diplomatic to the military. They also have the political will to act beyond Europe’s borders. But without support from allies they are unable to play a larger role. When it comes to challenges such as Syria, they can only become serious players if they bring on board both the EU and the United States. But so far, Germany has blocked any EU action, and President Obama seems to be too afraid of being sucked into another Middle Eastern war to act decisively in Syria.

Meanwhile, things are going from bad to worse in the wider region. After two years of civil war, Syria is becoming a battlefield in a regional proxy war between Iran, Saudi Arabia, and Qatar. Containing the conflict is becoming harder every day; Lebanon is already deeply affected and involved; Iraq may become even more unstable. The longer the killing goes on, the more all sides become radicalized and fanatic, making future reconciliation ever more difficult. And the chances for a peace conference are slim.

In the end, it may be impossible for Europeans and Americans to continue watching the conflict from the sidelines. The United States is still the only outside player that can turn things around. If America acts, it needs political, moral, and financial support from the Europeans. We are very likely to see a comeback of the transatlantic alliance, with both sides acting in concert over Syria. Sooner or later.

Ulrich Speck is a foreign policy analyst based in Heidelberg and is the editor of the Global Europe Morning Brief. This piece first appeared on Carnegie Europe’s Strategic Europe blog.