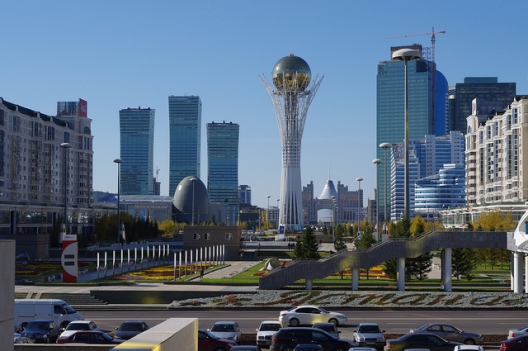 The transformation of Central Asia and the Caucasus that began twenty years ago—and in which the transatlantic community has a vital stake—is incomplete and uncertain. Despite progress, numerous problems remain. They vary from country to country, but among the most ubiquitous are ineffective governance, political systems that lack public participation and transparency, shortcomings in the rule of law, and an absence of regional cooperation. Other issues include drug trafficking, terrorism, and interethnic conflict in the Caucasus, Fergana Valley, and elsewhere. Despite oil wealth, poverty is widespread, and the region does not enjoy the dynamic and diversified growth one sees in much of Asia, sub-Saharan Africa, and Latin America.

Externally, the region faces numerous challenges posed by competing influences and pressures involving Russia, China, Iran and the broader Middle East. Afghanistan and Pakistan are sources of instability. Such regional mechanisms as the Commonwealth of Independent States, the Collective Security Treaty Organization, the Shanghai Cooperation Organization and the proposed Eurasian Economic Union have not successfully facilitated integration and may possess more importance for their Russian and Chinese sponsors than for those living in the Caucasus and Central Asia. To counterbalance these and other forces, the region’s countries have attached great importance to ties with outside actors; they fear neglect from the United States and Europe. The planned Coalition withdrawal from Afghanistan in 2014 has exacerbated those apprehensions.

But military withdrawal does not have to be tantamount to neglecting or even ignoring the region. Instead, the transatlantic community should promote more purposeful ties and engagement with Central Asia and the Caucasus. These ties are vital to the area’s development and stability and essential for a more sustained progress toward pluralistic, democratic governance and promarket economic policies over the coming years. Trade and economic integration that will create constituencies for contract, property and human rights, for the rule of law, for more open and predictable government, for regional cooperation and for more market-led economic growth are key to this. The steps that countries are taking toward joining the WTO are encouraging.

So, too, are the opportunities presented by new possibilities for transcontinental trade. For hundreds of years, daunting distance and discordant politics made the heart of the Eurasian landmass an isolated economic backwater. These were the region’s economic and social burdens. Today, emerging strands of a twenty-first-century version of the old Silk Road connecting Europe with the Far East and South Asia hold great potential for turning that comparative disadvantage into a new, cheaper, speedier and more reliable transit way between and among Europe, the Levant, India and China. If that potential can also create jobs in Central Asia and the Caucasus, it will help to bolster prosperity and hope in a part of the world whose prospects urgently need brightening. For the United States it will bring greater stability to a geostrategically vital region—while creating new and more vibrant markets for our goods and services that can help create jobs at home.

Secretary of State Hillary Rodham Clinton first drew attention to an emerging new Silk Road in 2011. Since then, much has been done to create it—new roads, railways, pipelines and electrical connections are under construction or completed all across Central Asia and the Caucasus. More are planned. The Asian Development Bank, the European Bank for Reconstruction and Development and an alphabet soup of initiatives have played key roles in helping to boost the region’s economic prowess. U.S. support of this vision should increasingly guide America’s diplomacy in the region—a positive and constructive agenda for Washington as we withdraw troops from Afghanistan and seek a more holistic long-term strategy to counter radicalism and terrorism.

Secretary of State John Kerry’s continued personal involvement here is critical. He and his top lieutenants have made a point of cultivating personal relationships—with Kazakhstan’s foreign minister, Erlan Idrissov, who visited Washington last month; with Uzbekistan’s foreign minister earlier this year; and with counterparts from other regional countries. U.S. and transatlantic engagement on behalf of prosperity, peace and freedom with these and other leaders should continue, and deserves strong bipartisan support.

General James L. Jones, Jr., USMC (Ret.) is president and founder of Jones Group International and chairman of the Brent Scowcroft Center on International Security at the Atlantic Council. This piece first appeared on The National Interest.