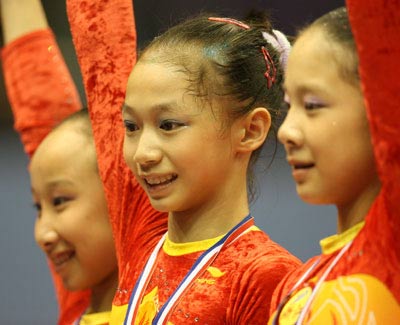 The recently completed Summer Olympics extravaganza in Beijing was a monumental and spectacular undertaking that is unlikely to be repeated for a long time to come.

Certainly the British, with the self-deprecatory preview during the closing ceremony, were sending a signal that they plan to stage the 2012 London Games on a more modest scale.

It is clear that the Chinese government was aiming at creating a certain image for the country with the scale of the Beijing games, particularly with the opening ceremony, but also with the meticulous attention to every detail of the two-week experience.  It is thus useful to look at the image that actually came across to the rest of the world, especially the image conveyed in the West through the extensive television coverage.

There is no question that the Chinese were able to convince the world that they have an effective government.  Tens of thousands of people were mobilized toward a single goal.  All aspects of the games were carefully planned and skillfully executed.  The organizers wanted nothing left to chance, and there were no apparent missteps anywhere during the entire two weeks.  To the outside world, the authorities in charge of the Olympics belonged to a government that can get things done.  The contrast with the Athens games four years earlier, when it looked like many Olympic venues would not be finished on time, was striking.

The motto of the Beijing Olympics, “One World, One Dream,” was designed to present a benevolent face to the rest of the world.  The various themes of both the opening and closing ceremonies were built around an image of openness and good spirit.  China’s ancient culture was displayed front and center, and only the most benign aspects of that culture — art, music, literature — were emphasized.  The invention of paper and movable type was featured; the invention of gunpowder was not.  Costumes depicted the many ethnic groups in China and children from around the world were recruited to sing heart-warming songs.

If the carefully managed television coverage of the Olympic Games themselves was the only lens through which the world watched China in the middle of August this year, Beijing did a fantastic job of promoting the image they desired.   China is a country that has developed rapidly, and its achievements are admirable.  It is large, efficient, kind-hearted and increasingly wealthy.  It won more gold medals than any other country.  Its people are intensely proud of their country.  In this sense, the Olympics this year were the great success that China hoped for.

However, despite the efforts at image control, the picture that emerged even to the casual outside observer was not entirely what the Chinese authorities planned.  First, the international torch relay, with its pro-Tibet demonstrations and the sometimes heavy-handed suppression of those demonstrations, especially by the Chinese “guardians” of the torch, gave an initial hint that something wasn’t entirely right about the Olympics this year.  Promises that all journalists, both international and domestic, would be free of the normal restrictions on the press in China were not kept, and not keeping promises to journalists is not good image management.  One of the most conspicuous efforts to promote the idea that China is a more open society than in the past, the promise of permits for demonstrations at specific locations, blew up in the authorities’ faces when it turned out that not a single permit was issued and that some who applied, including two 70-year old ladies, were arrested for their troubles.

Even some of the very success of the Chinese Olympic effort proved counterproductive.  The mass mobilization of tens of thousands throughout the games, including thousands of performers at the opening and closing ceremonies, gave pause to spectators who wondered about the incentives (and disincentives) required to produce that kind of discipline.  Even small things that emerged during the course of the games, largely because of the tenacity of the foreign press in the fact of so much managed news, marred the image of perfection.  A lip-synching young girl displacing a less attractive singer, apparently under-aged gymnasts, and silver and bronze medalists who were devastated by not coming in first  all conjured up thoughts of a regime that would stop at nothing to achieve its goals.

So, on balance, where did China come out in its efforts to present its best face to the world?

No one questions the competence of Chinese authorities or their ability to mobilize the country’s greatest asset, its 1.3 billion people.  The Bird’s Nest and the Water Cube will remain as enduring impressions of functional beauty.  China’s medal tally reflects a country that has arrived on the world stage.  A country rule by a Communist Party had clearly conjured images not traditionally associated with Communism.

Nagging questions remain.  What kind of persuasion did it take to make so many people march together in one single-minded direction?  What will this single-mindedness mean when China has the world’s largest economy, as it clearly will in the next 25 years?  How genuine is the benign image that China worked so hard to project?  These may be no more than nagging questions and raising them may be small-minded in the face of China’s real accomplishments in staging the 2008 Olympics.

Joseph Snyder is director of the Atlantic Council Asia Program.