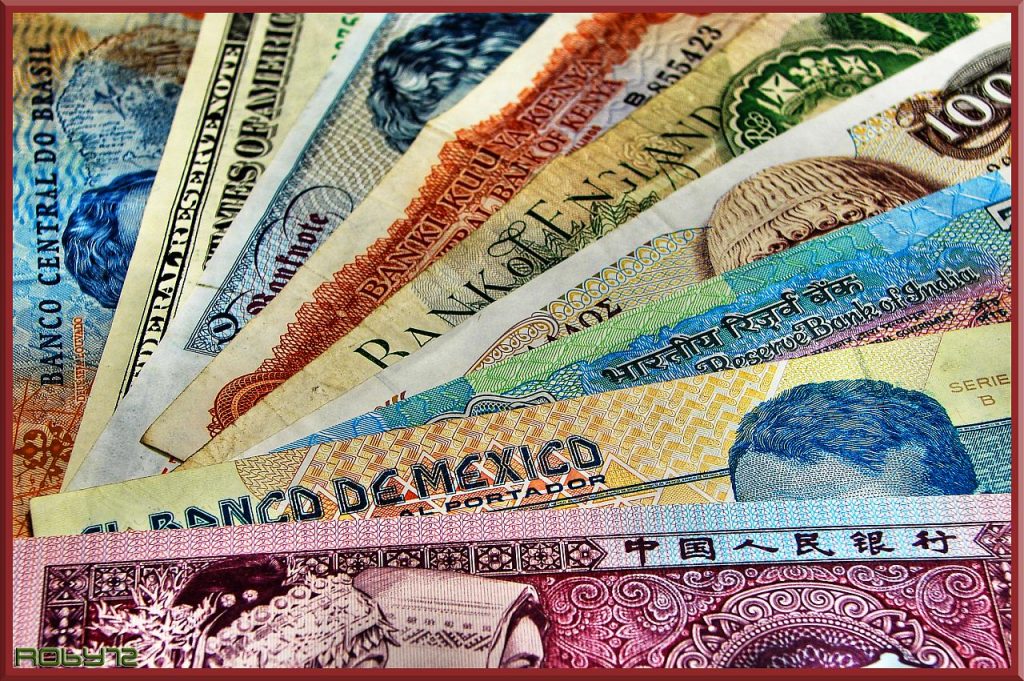 Zhou Xiochuan, head of China’s central bank, published a paper yesterday urging the creation of an international reserve currency independent of the dollar and under the control of the International Monetary Fund.

He noted that predecessor systems, “including the Silver Standard, the Gold Standard, the Gold Exchange Standard and the Bretton Woods system” provided “a stable benchmark” and that the “acceptance of credit-based national currencies as major international reserve currencies, as is the case in the current system, is a rare special case in history.” He quite correctly identifies the problem:

Issuing countries of reserve currencies are constantly confronted with the dilemma between achieving their domestic monetary policy goals and meeting other countries’ demand for reserve currencies. On the one hand, the monetary authorities cannot simply focus on domestic goals without carrying out their international responsibilities; on the other hand,they cannot pursue different domestic and international objectives at the same time. They may either fail to adequately meet the demand of a growing global economy for liquidity as they try to ease inflation pressures at home, or create excess liquidity in the global markets by overly stimulating domestic demand. The Triffin Dilemma, i.e., the issuing countries of reserve currencies cannot maintain the value of the reserve currencies while providing liquidity to the world, still exists.

The idea of an independent currency is not a new one, he acknowledges: “Back in the 1940s, Keynes had already proposed to introduce an international currency unit named ‘Bancor,’ based on the value of 30 representative commodities.”

Quite naturally, people are sitting up and taking notice. As NYT correspondent David Barboza points out, “China has the world’s largest foreign exchange reserves, valued at nearly $2 trillion, with more than half of those holdings estimated to be made up of United States Treasuries and other dollar-denominated bonds.” Consequently, “Should China lose its appetite for Treasuries, the United States’ borrowing costs could rise, making it more costly for Washington to carry out economic stimulus packages and for Americans to pay off their mortgages.”

Andrew Batson, writing on page 1 of today’s WSJ, notes that this is “part of China’s increasingly assertive approach to shaping the global response to the financial crisis.” Barboza agrees, adding, “While few analysts believe that the dollar will be replaced as the world’s dominant foreign exchange reserve anytime soon, the proposal suggests that China is preparing to assume a more influential role in the world. Russia recently made a similar proposal.”

Batson notes that “Chinese officials are frustrated at their financial dependence on the U.S.” notably its massive holdings of American bonds.  “The size of those holdings means the value of the national rainy-day fund is mainly driven by factors China has little control over.”

Investment banker Yves Smith notes that she and her colleagues have “been treated as being a bit daft when we dared suggest that the dollar’s status as reserve currency was at risk. But after the Fed moved officially to quantitative easing last week (after saying it they might go that route back in December), the euro strengthened. Many have argued that that the ECB lacked the full suite of tools a modern central bank needed, and thus the euro was too shaky a currency to serve as a store of value. But do enough to damage the dollar, and former second best options may start looking a lot more atractive.”  She adds, “So far, this move is merely a shot across the bow, but the fact that China is raising doubts about the dollar is not trivial. And while the Fed may want a cheaper dollar (weakening the currency is a standard remedy for a country suffering a financial crisis), a disorderly fall in the dollar would be another matter entirely, and could constrain the Fed.”

Management consultant Steve Hynd warns that, “The G20 summit is on April 2nd and if President Obama doesn’t have a better plan than buying up toxic zombie assets and issuing a feel-good communique then he and his British ally might find themselves outvoted on a far more radical possible solution.”

Foreign Policy managing editor Blake Hounshell, though, is more cautious: “This strikes me as a significant moment, but let’s hang on a second before we lose our heads.”  He cites Batson’s assessment that “the technical and political hurdles to implementing China’s recommendation are enormous, so even if backed by other nations, the proposal is unlikely to change the dollar’s role in the short term. Central banks around the world hold more U.S. dollars and dollar securities than they do assets denominated in any other individual foreign currency.”

Similarly, Jamil Anderlini of the Financial Times notes that, “China has little choice but to hold the bulk of its $2,000bn of foreign exchange reserves in US dollars, and this is unlikely to change in the near future.”

Zhou is certainly aware of the logistics.  He can’t expect an alternative currency to be adopted any time soon.  Rather, this is a wake-up call.

China expert John Pomfret, editor of the Washington Post Outlook opinion section, figures that this “was clearly timed to make a splash in the run-up to the G20 meeting that starts in London on April 2” and was “a vote of no confidence on the future of the U.S. economy.”  He contends that “Chinese officials” were “miffed” last week when Fed chairman Ben Bernanke announced that it would buy up $300 billion in longer-dated securities “which, China’s leaders fear, could trigger inflation, thereby further decreasing the value of China’s portfolio.”  Nicholas Lardy, an economist and China specialist at the Peterson Institute quoted by Barboza, concurs.  “Chinese are quite concerned that the large U.S. government deficits will eventually lead to inflation, which will erode the purchasing power of the dollar-denominated financial assets which they hold.”  He adds, “It is a legitimate concern.”

The dollar is a fiat currency.  It has not been tied to any extrinsic instrument since President Nixon took it off the gold standard in 1971, effectively ending the Bretton Woods system.  Instead, it is backed by “the full faith and credit of the United States.”  Until quite recently, that hasn’t been a problem.  As Jeffrey Bell, a principal of Capital City Partners, explains, after a short learning curve, “American policymakers and central bankers seemingly learned how to manage the dollar standard: Carter’s appointment of Volcker in 1979 and the policies of Ronald Reagan after 1980 brought inflation to a halt, ushering in an era of disinflation and strong, nearly unbroken U.S. and global growth in the years between 1983 and 2007.”

But, now that the Fed is repeatedly pumping out hundreds of billions  — even a trillion dollars — seemingly on whim in an effort to jump start the financial system, that era is surely behind us, at least for a while.  China’s $2 trillion in Treasury holdings will no doubt be radically reduced in actual value — the ability to purchase goods and services.

Given available alternatives, China will simply have to eat that loss.  But one can’t blame them for seeking to provide less risky alternatives for the future.

With China and Russia both proposing some sort of change in the international monetary system, we’re about to some veeery interesting economic negotiations.  There are other important players — the EU, UK, Japan, Brazil, the Gulf economies, etc.  And their incentives to switch away from the dollar are more cross-cutting.  For example, while the EU would probably love to switch to a system that keeps the euro from appreciating too much, I suspect they will be loathe to reallocate the IMF voting quotas that China would demand in any switch to a new system.  Both Japan and the Gulf economies have security considerations that make them less eager to change.

If this does happen, however, the United States will suffer a serious loss of standing and, oh yes, a much harder budget constraint.  And whatever happens, it would be difficult to call the dollar a top currency anymore.  I think we have clearly crossed some threshhold where the dollar is now a negotiated currency — and some of the negotiating partners are pretty hostile to U.S. hegemony.

I still think this is a rather huge “If.”  But Drezner is right:  We’ve been put on notice.