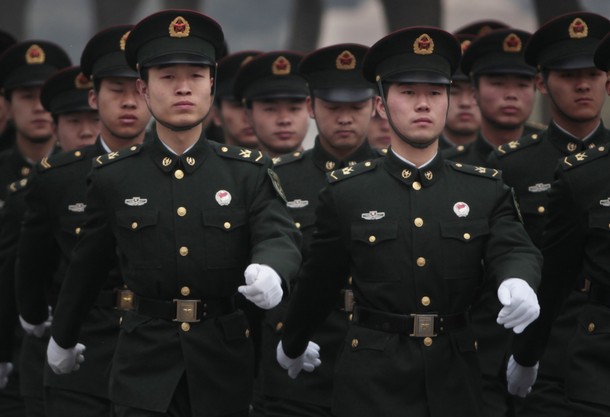 In a sign of transparency, China recently unveiled its annual military budget of 670 billion yuan ($106 billion), which represents a $10.6 billion annual increase. Given that China’s currency is undervalued, some estimates bring the total to over $200 billion and even higher when foreign procurement is included.   Undoubtedly 12 percent growth is substantial, especially in an era of declining defense budgets;defense budgets fell 2.8 percent in Europe and the US is about to take even bigger cuts. According to the Stockholm Institute for Peace Research or SIPR, China is the second largest military spender in the world after the United States. Put in context, China now spends more on defense than India and Russia or the United Kingdom and France combined. However, dollar figures do not tell the whole story. Even at $500 billion less than the United States, China’s ground forces are more than twice as large as the US Army and China maintains a credible nuclear deterrent force.

Growth and modernization are impressive and consistent with a rising power but the latest assessment of China’s military notes that it lacks global capabilities and spending is focused primarily on a Taiwan Strait scenario. The modernizing People’s Liberation Army Navy does have the ability to target over the horizon. When combined with advances in land-based ballistic and cruise missile technology, China has developed the ability to deny access out 1500 km from its shores. This helps explain why air-sea battle has captured US defense headlines lately.

China’s rise and defense spending also help explain prioritizing Asia in US foreign policy. As the latest defense strategic guidance notes, “US strategic interests are inextricably linked to developments in the arc extending from the Western Pacific and East Asia into the Indian Ocean region and South Asia.” US trade with Asian countries exceed that with Europe and the US relies on Asia countries for foreign investment in the US dollar. It is also important to consider that the emphasis on Asia also represents a growing frustration with wars in the Middle East and Central Asia.

China’s defense budget will undoubtedly raise alarm bells on both sides of the Pacific. Some will point out 12 percent growth illustrates China’s intent to displace the United States from Asia. Others will highlight US spending accounts for about half of global defense spending. Whether the United States spends 500 billion dollars more than China on defense overlooks substantial differences between the two militaries. The $655 billion US budget includes tremendous personnel costs. In fact, the US military spends more on health care than the entire defense budget of India or Germany. When it comes to compensation, the United States emphasizes a professional and well-trained force where its officers have college degrees and the enlisted have college tuition assistance. Through salaries alone, the military spends $141 billion. The impact of investing in people is evident in combat zones, where the US military has illustrated extraordinary agility to adapt to the challenges of combat in Iraq and Afghanistan. Assuming Congress recapitalizes and modernizes the force, the United States will continue to eclipse China’s military capacity, which remains untested in contemporary conflict.

In addition to preserving a capable military, the US strategy in Asia emphasizes exporting security to its partners there. In fact, the latest strategic guidance for US Pacific Command identifies its number one priority as strengthening alliances and partnerships. When combined with nurturing a defense relationship with India, there are substantial incentives for China to seek peaceful resolution to its territorial disputes with its neighbors. Along these lines, it will be important for the US to advance diplomatic and military relations to prevent miscalculation and share the defense burden created by common challenges of terrorism, piracy, and transnational crime. Henry Kissinger emphasized this, “If the United States interprets every advance in Chinese military capabilities as a hostile act, it will quickly find enmeshed in an endless series of disputes on esoteric aims.”