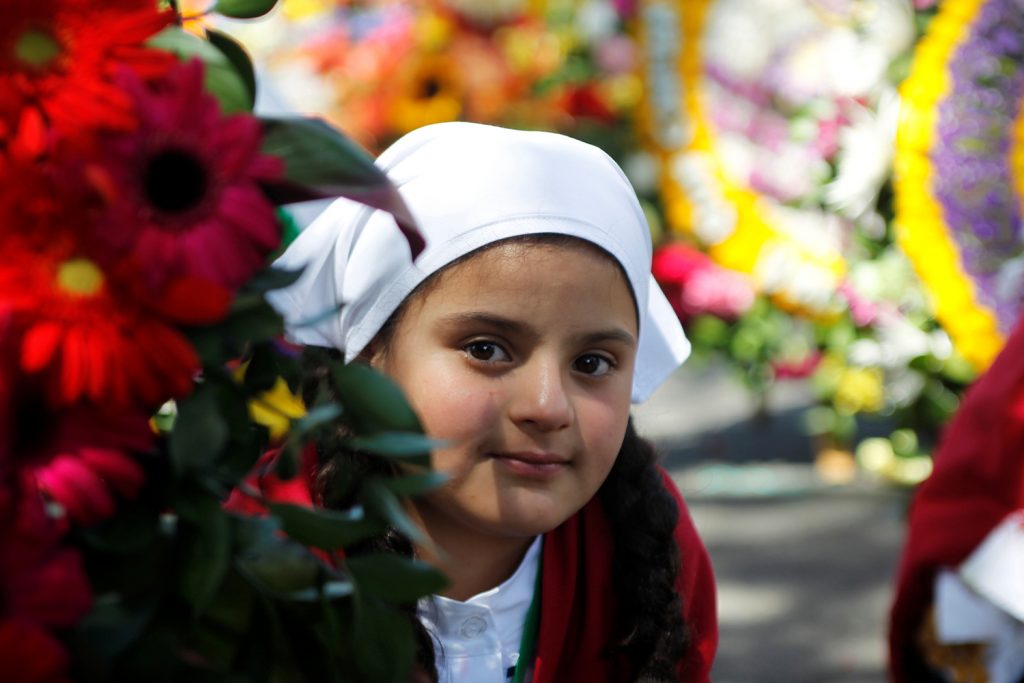 Colombia’s fifty-year-long internal armed conflict left over eight million victims, of which 49.7 percent are women. Displacement, homicide, femicide, violent threats, forceful disappearances, and sexual violence are just some examples of the victimizing acts that over 4 million Colombian women have suffered during the conflict.

The 2016 peace agreement with the Fuerzas Armadas Revolucionarias de Colombia (FARC)—considered one of the most innovative and inclusive in the world—puts women and gender equality at the forefront of peace implementation. However, studies show that women are engaging less in participatory mechanisms for peace implementation (e.g. community meetings) in comparison to men.

Under the peace accord, the Programas de Desarrollo con Enfoque Territorial (PDETs) are designed to include civil society in decision-making processes related to rural development. By decree, the PDETs must have a strong gender component that recognizes the particular needs of women in rural Colombia. Yet, by January 2018, women represented only 38 percent of total attendees at the over four hundred community meetings.

Other significant gaps between men and women remain in Colombia. According to the World Economic Forum’s 2020 Global Gender Gap Report, which tracks gender-based gaps along specific dimensions (health, education, economy and politics), the country ranks twenty-second out of 153 countries and third in Latin America in gender equality, having closed 75.8 percent of its gender gap. The global average stands at 68.6 percent.

Colombia’s apparently high score reflects the country’s success in narrowing educational attainment and health and survival gender gaps—closed to 100 percent and 98 percent, respectively. Yet, differences between men and women in economic participation and opportunity (a remaining gap of 26.5 percent) and in political empowerment (a gap of 68.2 percent) are still significant.

In Colombia, 62.9 percent of women aged fifteen to sixty-four participate in the labor market. For men in the same age group, the percentage is higher: 85.1 percent. The amount of unpaid work, access to labor opportunities, and gender wage gaps (the ratio of a woman’s wage to that of a man in a similar position), among other factors, explain the relatively low workforce participation of Colombian women.

Women perform 3.86 times more unpaid domestic and care work than men in Colombia, allocating 17.54 percent of their day for such activities, while men allocate 4.54 percent. Women aged fifteen to sixty-four are 1.7 times more likely to face unemployment in comparison to men, with unemployment rates at 13.2 percent for women and 7.6 percent for men. Among youth population (ages fifteen to twenty-four), unemployment rates are higher for both genders, at 25.6 percent for women and 15.4 percent for men, and show a similar unemployment gap of 1.6. Interestingly, a woman’s level of education (basic, intermediate, or advanced) does not seem to significantly alter her employment prospects. All else equal, a woman is 1.4 to 1.7 times more likely to be unemployed than a man. In Colombia, the wage gap stands at 5.8 percent.

Remarkably, Colombia has achieved gender parity in senior roles, with 54.2 to 57.0 percent of managerial positions being held by women. However, female presence on boards of publicly listed companies remains limited: only 13.5 percent of board seats belong to women. Other members of the Organization for Economic Co-operation and Development (OECD) have a slightly higher but still low percentage of women on corporate boards: 22.3 percent. The share of women investors in Colombia grew significantly between 2010 and 2017, from 11.1 percent to 25.5 percent. Yet, the share still needs to double to achieve parity.

In terms of women’s presence and participation in politics, Colombia still has a long road ahead. The Law 581 of 2000 or “quotas law,” stipulating that women must hold 30 percent of top-level positions in all branches of public power (executive, legislative, and judicial), and the law 1475 of 2011 or “Law of Parties,” establishing a 30 percent quota for women on electoral lists, have contributed to an increase in women’s political participation in the past two decades. Although important, this increase remains insufficient, especially after female candidates’ performance in the October 2019 regional elections.

Colombia’s 2019 regional elections showed a regression in women’s political empowerment. Only two women were elected governors, Clara Luz Roldan (Valle del Cauca) and Elsa Noguera (Atlantico), three less than those elected in 2015. This means that, for the 2020-2023 period, only 6.25 percent of the thirty departments will be governed by a woman. The number of women elected mayors also decreased slightly, from 134 in 2015 to 132 in 2019, meaning that only 12 percent of the 1,101 municipalities in Colombia will be led by a woman. Most remarkably, capital cities Bogota and Santa Marta elected female mayors for the first time in history. Also noteworthy is Colombia’s first ministerial cabinet with gender parity under President Iván Duque.

Women’s low access to political positions in Colombia is partially explained by having fewer female candidates. For governorships, only 12.12 percent of candidates were women and for mayorships 15.2 percent. From those, 17.5 percent were elected. These numbers show that, despite Colombia’s quota laws, women continue to face significant barriers to political presence and participation.

Limited efforts to promote and recognize women’s leadership, stereotypes regarding women’s leadership abilities, lower access to economic resources, and women’s high domestic burden represent some of the major obstacles to women’s participation in politics. Yes, some women have managed to overcome these barriers with great acclaim, including Marta Lucia Ramirez, Colombia’s first woman vice president, Claudia Lopez, mayor of Bogota, and Virna Jonhson, mayor of Santa Marta. But the playing field must be leveled for all women.

Closing gender gaps in economic and political empowerment will move Colombia forward in its path toward sustainable development. Greater female participation in the economy and in politics will not only boost the country’s economy (by increasing productivity, diversifying the economy, reducing income inequality, increasing organizational effectiveness, among others), but will also contribute to more inclusive, democratic, and sustainable policies. The time is now to double-down on efforts to include more women in Colombia’s economic and political spheres.

Image: A flower grower, known as a silletero, looks on as she participates in the annual flower parade in Medellin, Colombia, August 7, 2017. REUTERS/Fredy Builes