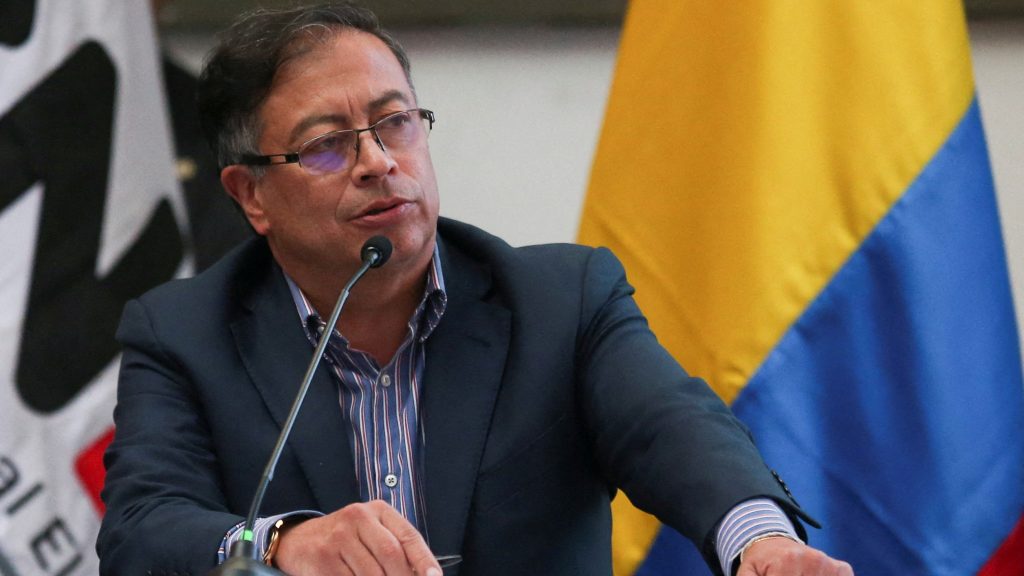 The election in June of Gustavo Petro as Colombia’s next president sent shockwaves through Latin America—and also probably through Washington.

The former guerrilla fighter, who will be inaugurated Sunday, was part of the wave of leftist political forces that has washed over the region in recent years, sparking analysts to wonder whether the crucial US-Colombia relationship under decades of right-leaning governments in Bogotá could significantly change.

What will be the primary sources of tension between the US and Colombian administrations as Petro settles in?

Tension will center around two areas: drug policy and Venezuela. Petro campaigned with a pledge to reassess Colombia’s drug policy, favoring substitution over forced eradication with ideas to potentially legalize certain drugs. Any moves to diminish Colombia’s role as a strategic partner in reducing illicit drug cultivation will be met with ire from both sides of the aisle in the US Congress, especially with coca cultivation sky-high compared to twenty years ago.

On Venezuela, Petro will move quickly to reopen diplomatic relations and exchange ambassadors—a sharp contrast to the US policy of isolation toward Venezuelan President Nicolás Maduro. There’s a case to be made for greater coordination given the 1,400-mile shared border, and despite international efforts to isolate him, Maduro remains in power with few openings for democratic actors. But a clear line will have to be drawn between engagement on issues critical for Colombian security and a full embrace of the Venezuelan leader. Otherwise, bipartisan consensus among US lawmakers will quickly emerge to scale back longstanding US support for Colombia.

Petro also intends to renegotiate Bogotá’s trade agreements with Washington, including the 2012 United States-Colombia Trade Promotion Agreement (TPA). Although he’d moderated his speech by the time he was elected, and although US officials have expressed openness to having conversations on the TPA, renegotiating the accord (or even opening it up for discussion) may prove to be a difficult task.

Moreover, Petro has pledged to stop issuing permits for oil, gas, and other hydrocarbon exploration. With oil and gas representing 40 percent of the country’s exports and 12 percent of government revenue, many have questioned the feasibility of implementing his plans for Colombia’s energy sector—which receives considerable US investment. This may lead to potential bilateral tensions as he moves forward with his policy proposals.

In which areas will they be able to work together, and how will that shape the relationship?

Cooperation should hopefully win the day. The US-Colombia relationship is incredibly strong and enduring, with two hundred years of diplomatic relations yielding cooperation on issues ranging from commercial ties to the environment, migration, and beyond. That historical bond—and the deep ties between the US and Colombian people—is the bedrock of the relationship.

Early indications are that strengthening bilateral ties will be a priority for the United States. US President Joe Biden called Petro shortly after his electoral victory, while US government officials have traveled to Bogotá in recent weeks. USAID chief Samantha Power will personally attend Petro’s inauguration. Common ground is clear on joint priorities, including the environment, climate change, and securing peace with the Revolutionary Armed Forces of Colombia (FARC) as laid out in the 2016 accord. The US-Colombia Bicentennial Alliance Act, a recent piece of US Senate legislation, should be prioritized for its holistic approach to carving out the future of the relationship.

Indeed, peace is a priority for Petro and Vice President-elect Francia Márquez. Together, they have vowed to lay the foundation for ending Colombia’s decades-long armed conflict, prioritizing the 2016 agreement and protecting rural communities. Colombian Foreign Minister Alvaro Leyva and Ambassador to the United States Luis Gilberto Murillo have both also mentioned that peace and rural development are top priorities. While continued US support for this agenda is likely, both countries need to find creative ways to work at the intersection of security and rural development, overcoming potential differences in terms of drug policy. Security is essential for development and remains a central issue for US-Colombia relations.

Petro takes office amid a leftist wave that’s washing over Latin America. Is this a broader regional concern for Washington?

Whether a government is from the left or right should not be a concern, as long as that government is democratically elected and governs through democratic means. What we may be seeing is a new type of leftist government—one that prioritizes social inclusion while also ensuring fiscal discipline and respect for the rule of law. To this end, Petro’s appointment of the well-respected economist José Antonio Ocampo as his finance minister sends a signal of fiscal evenhandedness.

More broadly, citizens across Latin America and the Caribbean are categorically rejecting the established political class following slow and uneven responses to the COVID-19 pandemic and years of discontent over policies that failed to reduce inequality. Now, high inflation, alongside increasing food and energy prices, is sparking protests in countries long immune to such social discontent. What’s clear is that a new approach must be taken to show that democracies can deliver. The United States and its European partners should seize this moment to expand their own partnerships in areas that will address the direct concerns of the region’s frustrated people.

What advice would you give diplomats of both countries as this relationship begins to take shape?

Rather than giving advice, it’s important to raise a few issues to keep in mind. For one, the longstanding US-Colombia relationship has faced moments of great opportunity as well as tensions in the past. Relationships across the ideological spectrum will continue to be essential to advance each country’s priorities at such pivotal moments. So, too, will dialogue and pre-emptive explanation of any major policy decisions before they’re announced. And given the importance of bilateral ties, it’s essential to advance steady engagement at both the executive level as well as within each legislature.

Both countries should remain open-minded about the future of the relationship and search for creative ways to overcome the tensions that will inevitably arise. More importantly, US and Colombian diplomats should prioritize a long-term vision for the bilateral partnership—one that builds on decades of close cooperation and is also adaptive and resilient to short- and medium-term changes. There is no country better positioned to support Colombia’s efforts to advance peace, economic development, and environmental protections than the United States—just like there is no country in Latin America whose alliance is more valuable to the United States. 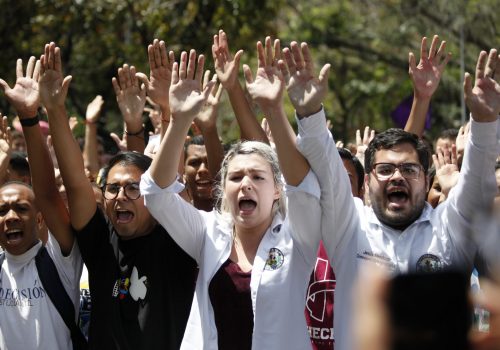 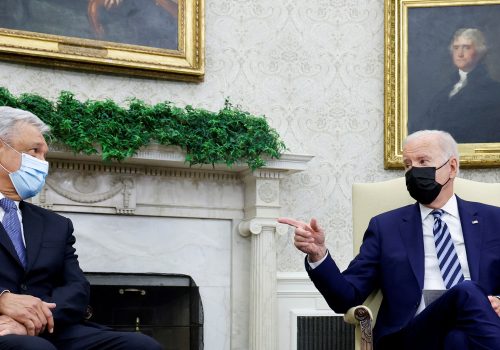 AMLO’s US visit can get the USMCA back on track

Many of the landmark trade deal's best opportunities remain untapped. The US and Mexico have a golden opportunity to build on their trade successes and overcome differences. 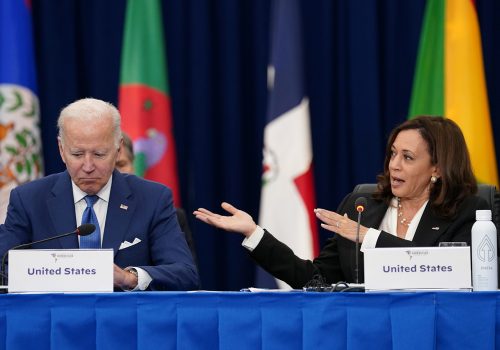 The United States has a short window to carve out a new diplomatic and economic era in its relationship with the Caribbean Community.