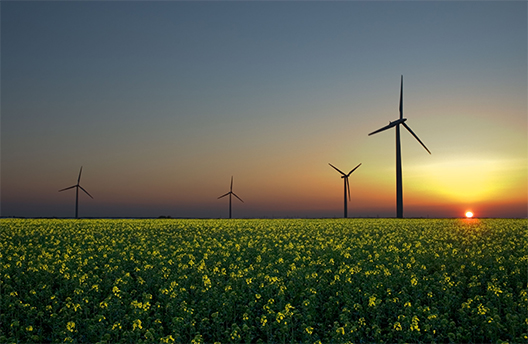 Senior Fellow with the Brent Scowcroft Center Peter Engelke comments on the second panel of day two of the Strategic Foresight Forum, Building Up Resilience: Can the Upcoming Food-Water-Energy Crises Be Avoided?.

At the Strategic Foresight Forum’s resiliency session, the panelists focused on how humankind can address food, water, and energy challenges ahead.

The moderator, Eastwick Communication’s Michael Kanellos, kicked off the panel by framing the food/water/energy conundrum. Recurrent drought and food crises, he said, are signaling that we are facing an uncertain world going forward. But he also stressed that there is quite a bit of hope, in the renewables sector, for instance, and from advanced business sectors that are taking these issues seriously.

Frances Seymour, a forestry expert from the Center for Global Development, stressed how land use patterns are impacting the food, water, and energy nexus and climate change as well. We are losing quite a bit of forested land, globally. There are some myths involving deforestation. The first is that we have to cut down forests to increase agricultural production. Most yield gains come from intensification, not extensification. Moreover, forests provide food and income for local people. And of course forests serve broader ecological ends, for instance they protect watersheds. The second half truth is that biofuels are good for energy security. It is highly debatable whether using land for biofuels is the best use, even on narrow energy terms. But if you take into account the entire life cycle of biofuels, there is an enormous carbon footprint involved in biofuel production. Ms. Seymour emphasized that the greatest technological advance has been in ICT, which enables the tracking of land clearing, which helps in many ways – increasing visibility, tracking illegal logging and deforestation, and so on.

Sonita Lontoh, a Silicon Valley greentech executive, opened by discussing how smart grids will be game-changing technologies in the twenty-first century. The 20th-century grid has not been modernized for a very long time. There is precedent for what Ms. Lontoh expects to happen to the grid, where the energy infrastructure will evolve from a centralized system to a decentralized one – the computer industry followed this pattern. A smart grid is the layering of intelligence across the energy value chain, from generation to consumption. Traditionally, energy is a one-way system, from generation to consumer, which results in inefficiencies and waste. The smart grid brings generation and consumption much closer together, through real-time monitoring, two-way communication, and decentralized production. Ultimately the smart grid will be key to creating the smart city and the so-called smart planet.

Jigar Shah, an author and founder of SunEdison, opened by recalling how the oil shocks of the 1970s affected US policymakers’ thinking. The US government tried all kinds of things to avoid reliving the downsides of those shocks. Yet here we are decades later, where we still feel powerless to deal with high oil prices. Part of the problem in the US is that the federal government got out of the infrastructure business, through pushing them onto monopolies and utilities. So now the federal government is at a loss as to how to change things. This is not the case in, say, China or Brazil. We have effectively outsourced these questions and thus the challenges to other actors. Now, commodities prices have risen over the past decade, although incomes in the US have not. So this is going to be a big driver of change, Mr. Shah argued. People don’t necessarily want to be green, rather people want to find ways out of these commodity traps. Mr. Shah’s work has emphasized how the private sector can fill the public sector gap and lead this transformation to a green infrastructure.

During the question and answer session, the panelists discussed how the pay for performance model might close some of the gaps ahead. Ms. Seymour observed that in the forestry sector, the pay for performance idea is under gestation in places like Indonesia, and while it’s early days yet as a global forestry model, the idea is promising. Rich countries can step up and build pay-for-performance models with national and sub-national governments in countries with tropical forests. Ms. Lontoh observed that in the energy sector, pay for performance is great, but penalty-based systems also can contribute, as has occurred in California since the 1970s with energy efficiency. The key is to put into place the right incentives to change behavior. Mr. Shah reacted to this discussion by saying that we should not overlook how activism by organizations such as Greenpeace, or local Brazilians who monitor forests, have made a lot of these issues transparent.

One of the most intriguing questions was very basic: is technology good or bad for natural resources? Technology, the questioner asked, is always a double-edged sword. There are many implications around any technology set that is scaled, some of which are unintended. Mr. Shah pushed back on this framing, arguing that we have to frame the question through a simplification lens: shorten our food supply chains, for instance, so we use a lot less energy. We have to go toward a biomimicry-based system, where we mimic nature rather than fight it. Ms. Lontoh argued that technology may have some downsides, for instance through displacing workers, but it also creates new sectors and thus jobs. We need a new definition of labor productivity, shifting away from efficiency-based metrics to productivity-based ones.